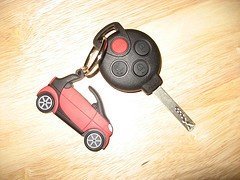 “It was after 8.00. He called the locksmith in Hedestad and ordered a new lock. The locksmith said that he could come out the following day. Blomkvist said he would pay double if he came at once. They agreed that he would come at around 10.30 that night and install a new deadbolt lock.” It was a plot from one of the famous novels “The Girl with the Dragon Tattoo” showing the essence of locksmiths.

Locksmith is a person who makes or sells locks and keys, and repairs and installs locks. A locksmith can also open a lock when the owner has lost the key or has become locked out. Now companies are also working as locksmith and the concept is broadening from only lock and keys to installing security systems. They also work efficiently to implement locksmith services for cars including Volvo, BMW, Isuzu, Pontiac, Honda, Nissan, Toyota, Jeep, Ford, Chevrolet, GMC and many others. Considering these auto-technologies and continuously evolving systems, we can say that locksmithing is really a technological field as locksmiths have to move with the new technology.

A number of car locksmith services are present in the United States including locksmith Miami Beach. Usually, these locksmith services are available 24 hours a day and usually deal with replacements of car keys, lost ignition keys, chip key, key programming, transponder keys (which are usually present in newer cars), unlock door, key cutting, and other car lockouts. They usually take less time to solve the problem and could take from $40 to upwards. Among the most common locksmith related incidents are lockouts, i.e. people usually lock out of their cars and this can be one of the frightening experiences, and loss of car keys.

Authorities usually tell people to check that car locksmith services have to be legally licensed, bonded and insured.