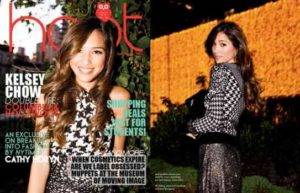 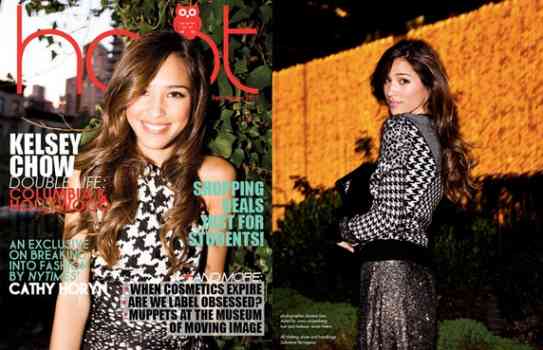 The first outdoor shopping club Brandsandbrands recalled the story of the famous pattern and has led councils to introduce a modern wardrobe.

History of the pattern

Everybody remembers the heroine Audrey Hepburn in a little black dress and short jacket in the crow’s feet? No doubt! After the brilliant film “Breakfast at Tiffany’s” this pattern was certainly iconic.

However, few know that this print long before Coco Chanel came up with the Scots, and Christian Dior have used it back in the 40s.

It is interesting and the name of the pattern: in Russian This pattern is called a “crow’s feet” (sometimes “chicken foot”), the Germans, however, consider her foot cock, the English generally referred to as “teeth hound.” Another playful word suggest the French – in their language pattern is called “Pepita.”

The pattern was quite popular in the laconic ’60s, and ’80s it has used Ralph Lauren, and not only in the women’s collections.

Today, the classic print triumphantly returned to the mass of creative director Salvatore Ferragamo Maximiliano Dzhornetti its autumn-winter collection, after which the data in their shooting things is not only used the laziest stylist. 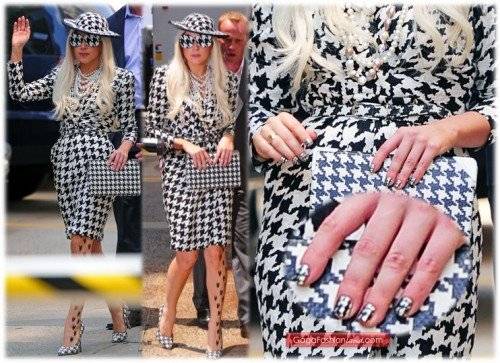 Show the collection of Salvatore Ferragamo Fall-Winter 2011-2012. Now this print can be found everywhere, from coats and dresses to accessories and jewelry. Lady Gaga the fashion icon also wearing Ferragamo Fall Winter 2011 .