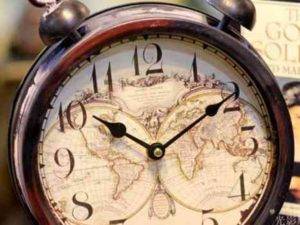 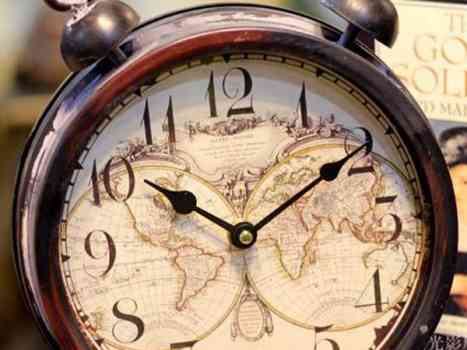 Member countries of the International Telecommunications Union (ITU) will decide this week whether to keep or eliminate the leap second (also known as “extra second”) addedevery few years to keep the time synchronized with the rotation of the Earth .

The earth’s rotation on its axis and its orbit around the sun determines, based on astronomical observations, the ” daylight “, which has been so far that has ruled on the measurement of time.

However, the rotation of the earth undergoes variations by decreasing its speed and, more specifically, by violent events such as earthquakes or volcanic eruptions, so sometimes every few years should add a second when the Atomic clocks are extremely precise in which it is based on Coordinated Universal Time (UTC).

This is the same logic applies to the leap year , which help keep the time synchronized with the sun , but no one speaks, for the moment, to rethink their existence, as the impact of the February 29 is much larger than the of additional seconds.

A group of experts from the ITU, a UN technical agency, introduced about two hundred Member States meeting this week in the Radio communication Assembly, held in Geneva, a proposal to eliminate the second inter-layer.

So far, only three countries have explicitly objected: United Kingdom, Canada and China.

The recommendation of the experts is both advantages and disadvantages , depending on your point of view from which to examine the matter.

If you keep the current system , the sun will be the reference and will always remain in the same place at the same time , explained the Director of the Radio communication Bureau of ITU.

In contrast, those in favor of removing the extra second out as an advantage the standardization of time , avoiding, for example, the delay experienced by global positioning systems (GPS) from the TUC .

The GPS system appeared in the eighties and then it was considered too complicated to introduce the leap second and could create errors, so it was decided that work with your own time , why now has a difference of 15 17 seconds with respect to the TUC .

Nor would require adjusting the atomic clocks (about 350 in the world) and telecommunications systems and computer each time you add a second to a year.

These adjustments create a problem because they must be done manually because you can not predict when they will have to be done, you can only know a couple of months ago and there is always a risk of error, so you have to do further testing,”

said the head Frequencies of the Office of the National Center of Space Studies of France, Vincent Meens.

It is impossible to predict which years will need to add a leap second. Sometimes there is an extra second every year or we may be three or four years without him,” he said.

The down side, Meens acknowledged there will be

a departure from the time of the Earth with respect to atomic time, which is more or less than 1 minute and 30 seconds per century.

The calculated deviation for a millennium is 15 minutes , he said, then say:

Maybe we can solve the problem by inserting, for example, an extra minute in 70 years.

The decision on the inter-layer minutes must be taken in the Radiocommunication Assembly this week, probably on Thursday, according to forum organizers.

About this process, Rancy said that the common practice in the ITU is that decisions are taken by consensus, which would have to convince the three countries that are now opposed to eliminating the leap second.