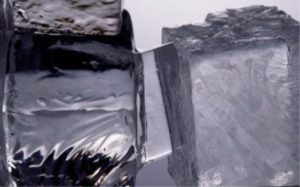 The change of state in pure water does not always happen at 0 ° C, as taught in school. 0 ° C is the melting temperature. It is known that super cooled water, subjected to a process of cooling below its freezing point without becoming in solid- can remain liquid at temperatures below zero, but until now it was thought that this meta-stable phase was practically impossible to control and therefore any minimal disturbance could cause the water to freeze. 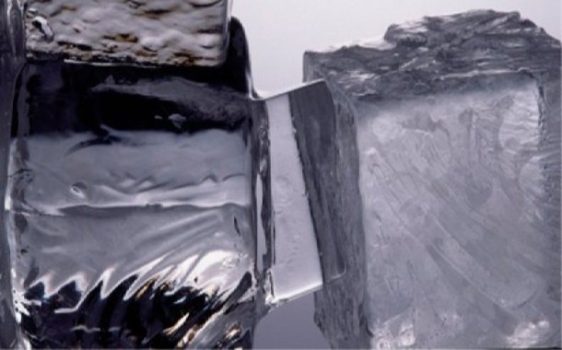 Researchers at the University of Alcalá, Luleå Technical University (Sweden) and companies, Mag SOAR and Saint George Tech have discovered that if proper humidity levels are maintained, the super cooled water can stay liquid indefinitely at temperatures below zero, without ever becoming ice. The results of this research are published in SpringerPlus .

The research team led by Jose Luis Perez Diaz, Professor of Mechanical Engineering at the University of Alcalá, has shown that there is a direct relationship between the freezing temperature of the surface water and humidity. In a first study, published in January in the Journal of Multidisciplinary Engineering Science and Technology (JMEST) , researchers tested levels of humidity could trigger or avoid the freezing process in water droplets. However, it was still unclear whether this phenomenon would occur in the same way larger amounts of water.

To find out, the scientists developed a climatic chamber specially designed to control humidity levels and temperature with maximum precision and placed inside a container with deionized water to capture images of the process.

The results have shown that moisture triggers the process of freezing water whatever their volume. Moreover, the images showed the formation of two-dimensional crystals monkey in the water surface so that, for a few milliseconds, a thin layer of ice separates super cooled liquid water vapor from ambient air.

This discovery represents a new step forward for a deeper understanding of the behavior of water. It will also allow greater control of water freezing, a process that affects a lot of everyday items and key factors in the food industry or in sectors such as energy and transport.

Found Water and Organic Material on the Planet Mercury!