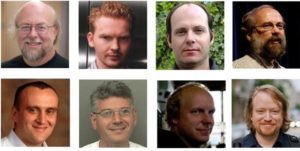 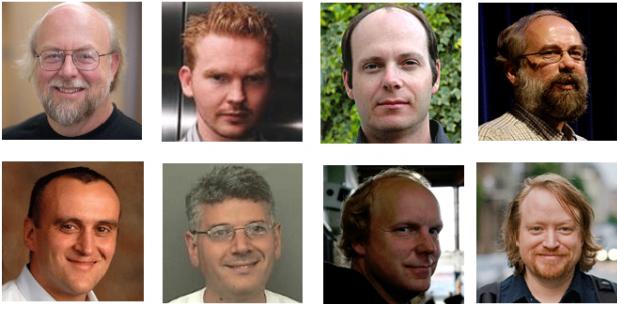 If Java programs with certain things you will sound like Tomcat, Ant, JUnit, JBoss, Hibernate, Struts and Spring. But perhaps you do not know whether the main people who made ??it possible to develop these technologies undoubtedly contributing to the Java community and changing the way we program. Here we have a tour to eight of the most important people in the Java community who should know, basing on the list created by mkyong that follows very much alive to be living history programming.

First, it appears indisputable that James Gosling . The inventor of this language back in 1994 when it implemented the original compiler and virtual machine working at Sun Microsystems. Without this man the Java language does not exist. After nearly thirty years at Sun from 1984 to 2010, left the company following the purchase of Oracle to anchor for a few months in Google. After that he joined a startup called Liquid Robotics.

Gavin King is the founder of Hibernate . It is a popular library that provides an excellent solution for making objects persist mappings based on relational databases. It is also the creator of Seam, and works heavily in the design of EJB 3.0 and JPA .

One of the Java development framework best known is Spring Framework created by Rod Johnson ,CEO of SpringSource. He has also managed to bring together a large ecosystem of technologies around the company, including the incorporation of Groovy or Grails with a variety of products aimed at the development of Java applications.

We could not stop talking about Struts , another great framework MVC based on many web applications Java. The creator of this technology is Craig R. McClanahan also contributed to the definition of Servlet 2.2 , 2.3 , JSP 1.1 , 1.2 . Besides being one of the architects of Tomcat .

The head of the first version of JBoss is owed ??to Marc Fleury . Jboss application server is an open source J2EE popular. The company founded by Marc was acquired by Red Hat where he now continues to develop more services and products around Java.

Joshua Bloch is currently working on Google, but is best known for being responsible for numerous feature of Java, as Java Collections Framework , the package java.mathjava.math or arrangementassert . It is also one of the most prolific developers in terms of literature and book Effective Java ,Java Puzzlers and Java Concurrency in Practice .

Probably if you have worked with TDD will sound the name of Kent Beck , the creator of JUnit with Erich Gamma has become a de facto standard for testing Java applications. also one of the creators of Extreme Programming and Test Driven Development ( TDD ). Undoubtedly, the combination of TDDand JUnit has changed the way of programming for many developers. By the way, now works at Facebook.

Another great programmers who passed through Sun Microsystem is James Duncan . There he created Tomcat , one of the containers used applications in Java environments, as well as one of the tools that we have made ??life easier to deploy applications and build processes such as Ant .

You throw in some other genius lack of development in Java?

It’s amazing what a handful of men have revolutionized the world of development with their ideas and creations, of course supported by a large community of developers who have continued to contribute to these little technologies that have become giants over the years.

How to Disable Java in Your Mac