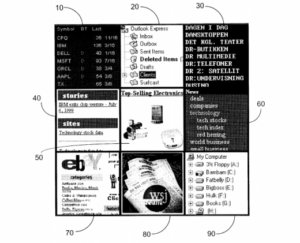 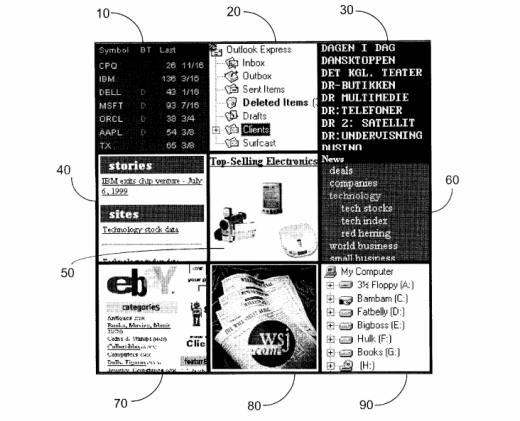 Not a week of release did not manage to complete Windows 8 and already the subject of legal complaints. SurfCast company engaged in the development of operating systems, filed a lawsuit against Microsoft for alleged patent infringement of using the Live Tiles on all versions of Windows 8.

The lawsuit was filed in U.S. District Court for the district of Maine on October 30, stating that Microsoft infringes four elements of patent complaint. This patent number 2004 6724403 (‘403) and named “System and method for simultaneous display of multiple information sources.” In short the ‘403 patent refers to “the presentation of information from many different sources to a display device.” Describes a graphical interface which “organizes content from different information sources into tiles, each of which can refresh the content independently of the other.” In its complaint, the state continually SurfCast corresponding patent of Microsoft, with a number 7,933,632 (‘632), which according to her, violates her on four separate occasions.

Indeed the two patents are quite similar, with only enough to see how they work the Live Tiles from Microsoft to understand that, intentionally or not, the company directly violated the copyright of SurfCast. Sure thing is that the responsibility does not fall on exclusively thereto. In fact, the Patent and Trademark Office is known that does not deal at all with the so-called «prior act» the possible use of a feature that is before vested in a company. Just enshrines patents “blindly” so after running the companies in court. When the Office had made the necessary control, Microsoft could have taken the appropriate licensing earlier and without court involvement.Now, it is more likely to settle out of court with SurfCast, acquiring the rights to use patents, with the required fee of course.