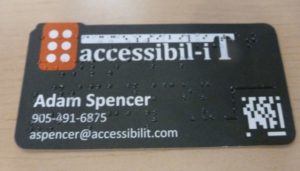 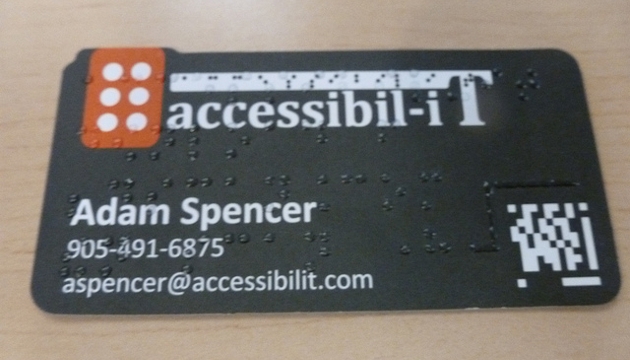 A few days ago I received an email from a friend who, playing tricks a joke (and I saw him), said nothing … but had a picture attached … I could not understand that as soon as I opened it.

It took a few hours, and I realized what it was that image … one QR code , which I have been known sounded a software for my mobile, but the truth … never used.

The idea of this article is to introduce in this of the QR codes , explaining why they were created from, who created it, but I also like to dwell on things like their chances of future use … how to read and generate, among other things.

What are QR codes?

A close comparison would be to think of a bar code, but this is read differently, try encrypt data between your bars (horizontally), so that from a machine (or a person who understands how it works) can get information easily ( easier if a machine, of course).

Unlike bar codes, the QR code can not be read by a human mind, unless it is too bright …, since the information is stored in two dimensions (horizontal and vertical).

Japan is currently one of the countries with the highest use (and popularity) of QR codes .

One thing to note is that the specification of these codes is available to any person / organization, and has been approved as a standard AIM, JIS and ISO.

Who created the QR code?

The corporation Denso-Wave , is responsible for the creation of QR codes , and their public release date was in 1994, primarily intended to be an easy to be interpreted by scanner equipment (such as those used in the hangars, to control the stock), which later became more accepted popular (at least in China) when people began to find other uses.

Without trying to be repetitive, the main use of QR codes was aimed at enhancing access to product information by scanning machines, although the uses to which they can give are many, and mostly dependent on the capabilities of data may include within these codes.

For skills, must do the analysis by type of information we want to store, as this will allow, for example … upload many more characters of alphanumeric numbers.

You see, the amount of numbers or alphanumeric characters, they do a good data container, and since the technology was intended for readers the quick capture (remember, Quick Response ) is presented as a useful coding system for businesses.

Since many devices may not be capable of decoding a QR code of between 2900 and 7100 characters has developed a smaller version called Micro QR code ( QR Micro Code ).

This version, although to encode such information which makes your-father, has a tiny capacity in relation to this, of only 35 characters (maximum), which is less than 1% … -not very useful for any application.

How do I generate a QR code?

We got to the fun part, because as we said earlier, any individual or organization can make use of this storage system, then it would be very bad comentásemos not like playing around with the codes.

The alternatives are both websites, as programs to download, here we discuss some of these:

Also of note is the possibility of acquiring QR code printing machines, which are sold by many companies, although these are not sufficiently accessible to us to buy one for home …

How do I read a QR code?

As is the case with the creation of these, there are many applications (web and desktop) currently available for your computer, although some phones already include such programs given their increasing use in countries like Japan.

Among the options are:

There are many more choices, but try to list them all would make the article a list of links … and not my idea.

One question that arose in my head after seeing the code, is whether these could encode sensitive information … but if you stop to think on your feet on the ground, you will only be safe if one tries to take the information encoding unknown point (as would go unnoticed in their eyes).

Perhaps more to see other implementations future encoding encrypted content and can carry a message inside an image (although this is already done) but must first be decoded from QR plaintext encrypted, and then its plain-understandable. But of course … would add a minimal layer of security, and would only be useful as non-data-point lead, but an image (other representation, say).

If we start to ramble a bit about it, we realize that the number of applications can be very large in the future, because today information abounds everywhere, and it is necessary to minimize the eye …but, that is understandable.

Some ideas that might appear or-stay-and be part of our daily lives: