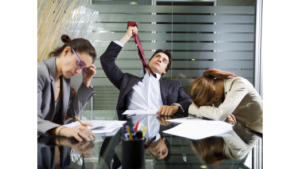 Too many IT projects are not successful. Why is it that the projects will be different than expected? And what to do about it?

Sometimes just the worm is inside: only delayed the program a key intersection. Then responsible for the hardware is employee is on vacation .Suddenly, the original go-live date postponed by one month will be.

Or so it carries over to many companies. According to a study by the Standish Group in 2010, a total of 24 percent of all IT projects failed or aborted been.Only 32 percent were completely successful.

Between these two extremes are given to projects which exceeded significantly the specified cost and missed time and quality goals. Why is that and how to avoid the possible undesirable characteristics?

All projects can be divided roughly into three phases: planning, implementation and completion. In each stage, mistakes can creep in and prevent the project successfully brought to an end will be.

The plan: first the foundation, the house

The planning phase is the basis for a successful project . Here are important elements ignored, they are difficult to incorporate in the later stages.

It starts with the assignment clarification. You should be very carefully and define the project objectives. What the customer really wants? So the main question at this stage. And just because the answer seems so obvious, many skip this step projects .

Here’s an example: An IT project aimed to SAP to consolidate systems of various divisions of an insurance company. It was designed to last three to four-year term. However, the requirements of the developed system were not carefully defined. During the project, then tried each division to enforce its own functions. This increases the scope of the system expanded more and more. The time frame and budget threatened to go beyond the given framework.

Only by setting up a change management process itself could be catastrophic to intercept the event. The project is still more expensive by 25 percent from the originally estimated costs.

Expertise alone is not enough

Hardly a project fails because of the technology.The people involved are decisive for the success. For this reason, from the beginning to the optimum composition of the teams shall be respected. Expertise is only one selection criterion among many. A strong social skills is a prerequisite for a successful project team.

Once the employees are given, is a joint project to build and promote culture. These include clear rules for communication and joint work.

Otherwise, it happens to the project as in this example: It was necessary to introduce a content management system. The tech-savvy project managertook issue with all the details of the software to be acquired. He scored in hour-long discussions with the developers due to its expertise. Furthermore, he neglected the management team. Simmering conflicts among the participants remained completely unnoticed and gradually led to demotivation.The frustrated team members could put themselves or finally announced.Relevant project know-how was lost.

Even from outside the team should be concerned and interested parties are brought on board. The active management of stakeholders brings immediate benefits: a project against which the organization is running a positive, more successful than one that is criticized.

This positive attitude, it is by promoting communication . Because many people refuse to support a project because they feel ill-informed. Compared to the unknown new they then almost automatically a defensive stance. Only rarely are the actual objectives of the project that displease them.

This is another example: In a logistics company that wanted to convert its entire system landscape, there was little communication between departments and IT. Instead of pulling as a team player in a strand, the team members were really into opponents. The project dragged on for years, several project failed. An average of millions had been spent without any result would have been present – until an external facilitator, the project planning with all stakeholders consolidated.

Another project risk, which is often rooted in the minds of team members is in the contract and claim management. Especially in projects with strong participation of external partners and service, good planning is essential.Someone has to keep all contractual agreements with external service providers in mind. It provides, inter alia, be sure that extended expiring contracts and called for penalties for breach of contract.

A large automotive company had implemented a project in which the central IT system should be developed for warehousing. Meanwhile, the contract ran out with an external service. This verplante then its resources elsewhere.Thus, the only threat at this company existing know-how is lost for the project to go.

To solve this problem, extensive workshops to prioritize tasks were necessary.With the modification of the original planning secondary functions have been moved to a later period. Only then did the go-live date to make sure the system.

The execution: navigating Who needs to know its position

During the implementation phase is to continually evaluate whether the project is actually still on the planned route. The key questions that need to be asked here are: Are the costs? If the results on schedule? Appropriate adjustments are necessary?

Only those who know where his IT project currently stands, can efficiently control and possible to avoid mistakes . For this reason, the company

Reporting install, which is tailored to the needs of different target audience including senior management, project manager and project leader. Only this time information back about the progress of projects in the realm of possibility.

It is important to choose the right metrics and to identify the relevant variables: If time, cost or quality be monitored? Or where the focus?

A too low budget revenge

Even a well-positioned translated reporting by the project must be critically scrutinized again and again. Danger, even if the project runs smoothly and according to the report log employees’ status green. ” Often, employees do not report problems so directly, because they proceed by short-se of a solution. This assumption arises out of a fallacy, can be as a “green” all of a sudden become a “red” – and the timing is falling apart.

Should also be considered for the 90-percent syndrome. Many people tend to indicate the completion of their duties, 90 percent, even though to do a lot more. Can remedy this by focusing on results or milestones focused. “The Full Monty” could mean the approach. Either a result (concept paper, documentation, etc.) is present, and the milestone was achieved – or not.Intermediate steps are no results.

No project goes exactly as it was originally planned. In most cases, changes are necessary. The “Moving Targets” are always problematic, but they must proceed in a controlled. Therefore, a change management will be installed, which regulates, among other things, who must submit the “Change Requests” (CR), who evaluates them and releases. If this point is ignored, it can run in the following example.

A product lifecycle management system was introduced. The project team literally suffocated under the requested changes and was barely able to work.The decision process cost too much time. On one side was the rejection of CRs in accepting declining customer satisfaction, on the other, with their acceptance of the result of higher costs and a longer duration of the project.

Ultimately, the leaders chose a middle course in order to escape the dilemma: The CRs were evaluated on a time and depending on the importance of “must”, “should”, or “nice-to-have” prioritized. Only CRs, where the ratio of expenditure agreed on urgency or importance, were approved for implementation.

The conclusion: learning from mistakes in the future

A large insurance company had already struggled for several years on a project. There was a lack of a valid planning, and hence the progress was not transparent. An external service project was commissioned, the first time, a time-and cost planning presented. She revealed the true extent of the effort.Then chose the CIO of the company to pull the ripcord. The project was stopped .

Sometimes pulls a project over the years through without the need to produce results useful. The demolition of a project but as an option ruled out – he is in the minds of those responsible is not provided or is displaced. This term can lead to high costs. Failure as an opportunity? As a last resort should an abort be possible.

After successfully completing the project , the end will be celebrated. Note that even if all parties are satisfied, the project is still ongoing.The aim should be to learn from each project so that the next succeed even better in the future, and any errors are avoided. A “Lessons Learned Workshop” is therefore mandatory schedule.Under which we can speak openly about the course of the project: What went well? What was bad?

In the end, the results, at best, enterprise-wide, are collected and made available. Thus, for pragmatic and continuously develop their own project management methodology that fits the company and constantly evolving. This benefits each subsequent IT project.

The 10 biggest problems in project management