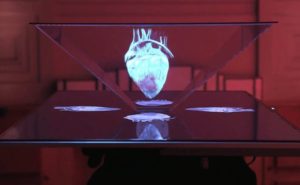 Although the virtual reality drink all the news but holograms remain equally interesting for the future, which is why the BBC has begun experimenting with them in a holographic TV. 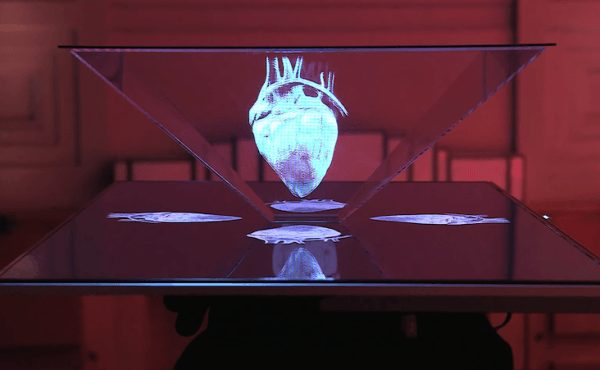 The BBC has developed an experimental system holographic television capable of playing videos of their great historical archive. Holograms are common in science fiction classic and modern but we have also come to see them in events many years ago, as the representation of Freddie Mercury in “Barcelona ” with Monserrat Caballe. The realism of live something does not reach the immersion virtual reality but well done is much more credible than emissions in 3D.

Cyrus Saihan, project manager explains that the system with which they have experienced so far has low fidelity but allows to evaluate the team economically on how they might be used augmented reality devices or mixed to display the contents of the string British public.

Going to practice, to make the holographic television have used a standard panel of 46 ” that were available in the office. Looking into a feasible device for their purposes, they asked a local company that fabricase an acrylic-shaped extension pyramid based on sketches that had designed. with it, they were able to try out a modern version of a traditional technique of a Victorian theater and create the illusion of floating holograms.

To adapt existing content to holograms had to hire an outside company expert in that field. Thus, they were able to modify and format the old files. To his surprise the holographic TV worked, although not all opinions coincide quality viewing which according to present varied greatly depending on the distance and angle optimally at eye level. The team could also see that in low – light content is much better appreciated in a sunny room as it really happens with any projection.

On the possibility that companies come to market Holographic TVs, the researchers say that this case is purely for testing and that there are certain difficulties to scale the size of the contents and overcome the difficulties associated with glare. Moreover, although explain that the supply of content would be limited by the need to adapt (and not everyone has that ability) they claim that the existence of more advanced in the holographic field technology itself will be possible to see get this viewing system the general public.

Make Holograms Through Teleconferences with Kinect