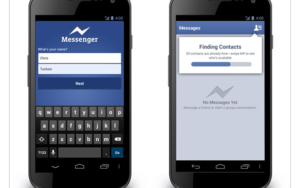 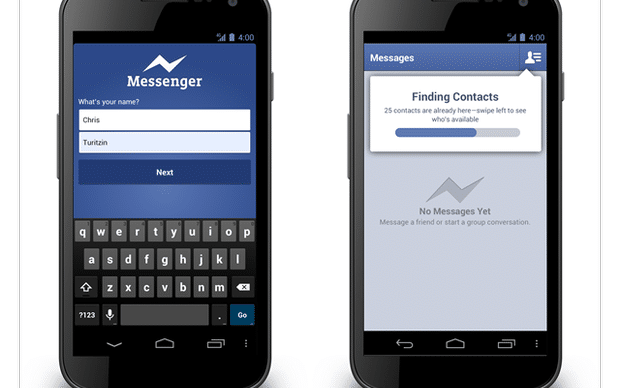 The Facebook launched on Tuesday (4) an update to its Messenger for Android that allows the user to connect using only your name and phone number. With this news, the app starts working as a true free messaging service, similar to WhatsApp – which, according to rumors,may be purchased by Facebook itself .

The big difference Messenger is also the ability to chat with Facebook users logged on the computer. Thus, it becomes possible to talk with any contact who is online on the social network even if you do not even have an account on the service.

Just like in WhatsApp, the program itself crawls through your address book contacts all the friends who have accounts on social networking by creating a list with them to talk you through your smartphone.

The update is only available for Android and there is no information about when the version for other platforms such as iOS, should be available. Facebook also said that not all accounts Messenger received the update, but it should happen in the coming weeks.