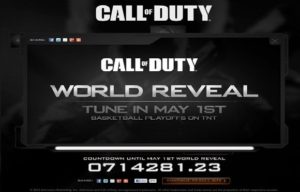 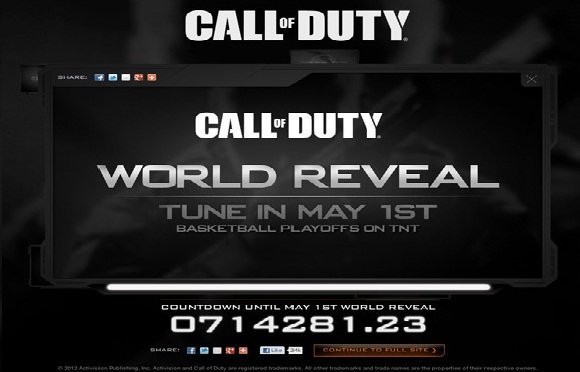 A visit to the official website of Call of Duty was enough to see the next episode of the series, probably the Black Ops 2, will debut on May 1!

The “universal revelation” will be the start of the NBA playoffs on channel TNT, while the website distinguished “boxes” which probably included screenshots, artwork or videos of the game and will open gradually over the next few days.

The CEO of Activision, Eric Hirshberg said for this year’s Call of Duty:

“This year we expect will further expand our presence with the brand new epic first-person shooter series Call of Duty. From what we’ve seen so far, the game is fantastic and will bring many important innovations in the series “

Obviously, in the next few days will begin to leak trailers and screenshots of the game, so stay tuned!