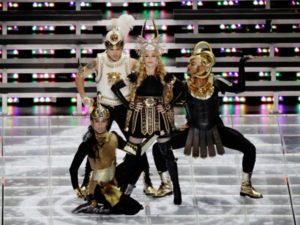 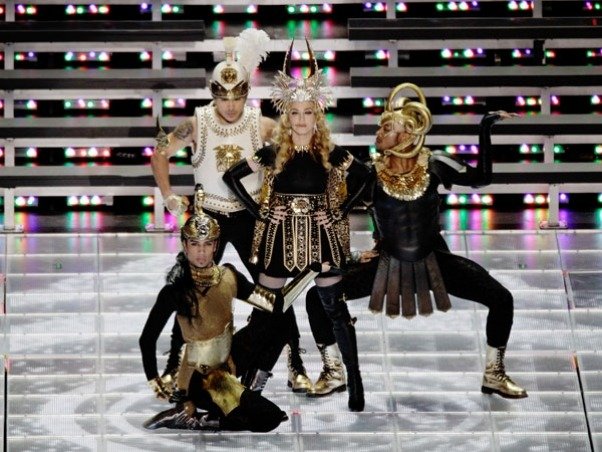 The Queen of Pop performed at the halftime of the final of the NFL.

In the days before the 46 th edition of the  Super Bowl , the singer  Madonna  had expressed concern about the show that would provide at halftime of the match between the New York Giants and New England Patriots. In addition, the Queen of Pop took the opportunity to present his new videoclipGive Me All Your Luvin, for which featured actors dressed players in the NFL (National Football League).

Finally, after much waiting, Madonna dazzled not only the players and fans who came to the stadium in Indianapolis, but to  millions of people worldwide who tuned in this popular American game.

The music diva sang several of his hits, characterized as a warrior and then as a cheerleader, in a spectacular display of lights and scenery. But also featured collaborations of singers Nicki Minaj and Cee Lo Green, among other musicians and dancers.

Before the game, the marriage of singers composed of Miranda Lambert and Blake Shelton duet theme played America the Beautiful, followed by the presentation of national colors and the presentation  of Kelly Clarkson, who played the national anthem of the United States.

The Drawbacks of the BlackBerry 10