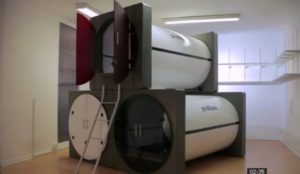 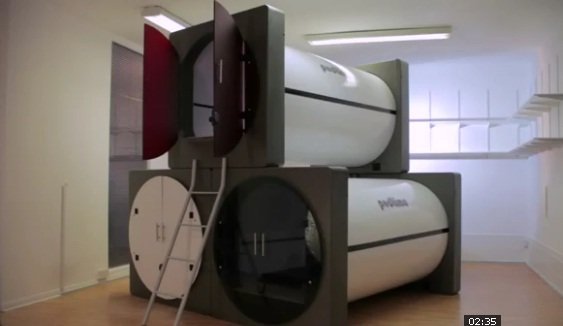 For genuine 24/7 data center to achieve, Interxion provides sleeping capsules for its technicians. During the summer games may server no longer fails.

Interxion is on during the 2012 Summer Olympics in London, sleeping capsules, the technicians in its data centers to have at all times. The company announced on 12 April 2012 is known. Due to the expected traffic chaos in London, the data center technicians might need in case of problems too long to make his way.

Interxion’s data center in London hosts leaders in financial services, online shops and companies in the entertainment industry. The servers are part of the UK Internet backbone.

The nature of our business requires it, for all eventualities to be ready, and while we are on the Olympic Games in London , looking forward, we must ensure that we continue to offer the highest level of reliability for our customers.

In the data center LON 1 the servers are in an area of 5155 square meters.

As a supplier to the British manufacturer of sleeping capsules was Podtime selected. A Standardpod costs 1375 pounds sterling (1,665 €). The capsules have a mattress, ventilation, drawers, LED lighting, electricity, and are lockable from inside and outside. Optionally, an integrated TV and DVD games are available. If the Schlafpods are not needed, they are easy to disassemble.

Richard Warner, a spokesman for Interxion UK, said that the construction of a shower and a kitchen was planned.