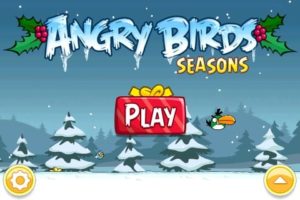 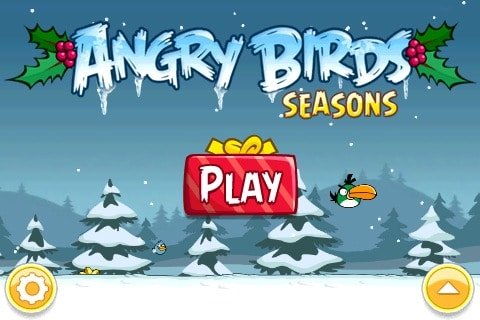 A few days after the release of ‘ Star Wars update for Angry Birds that takes grouchy birds angry on the planet Hoth.Now Rovio has released another update and this time dedicated to the title Angry Birds Seasons . The package introduces new levels ahead of Christmas which players can unlock every 24 hours until 25 December.

The gameplay remains the same: you have to aim and throw the birds into the enemy buildings to knock down the strongholds built by the cute green pigs. The download is free and can be done either on the iOS devices or Android , through their application store.

25 levels for all three stages to unlock secrets and a bonus that keep you company until Christmas . The Finnish software house, therefore, show that they have no intention of abandoning their fans, which to date have helped to make Angry Birds one of the most successful brand in the mobile landscape, able to generate income from dizziness and stir the interest of big George Lucas, as evidenced by the aforementioned partnership with the Star Wars universe.

From puzzlegame a true cultural phenomenon, Angry Birds is now available on the market not only with titles aimed at smartphones and tablets (as well as browser, PC and Mac), but also with general merchandise, clothing, games table and even an amusement park in Finland.

For those who were not aware, Seasons is the output of the series that periodically collects new levels dedicated to holidays or seasons of the year. On the occasion of Halloween, for example, Rovio has made available to players new challenges, themed environments full of pumpkins and protagonists disguised ad hoc.