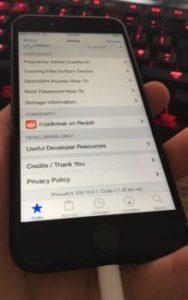 As earlier as Apple releases a new iPhone with new iOS, jailbreak community goes wild to get its jailbreak in no time. As usual, just after the release of iPhone 7 with iOS 10, all members of jailbreak community are eager to know who will jailbreak iOS 10 on iPhone 7 and when iOS 10 jailbreak will be released for general public? Though the age of new iOS 10 is not more than a month and even when it was available in beta version; claims of having a working jailbreaking iOS 10 has been published on twitter. So here is a full review by iDigitaltimes about Jailbreak iOS 10 on iPhone 7 to get full info about the work had been done regarding this jailbreak. The site contacts with  Luca Todesco (a.k.a @qwertyoruiopz) and  Jay Freeman (a.k.a Saurik) for getting detailed views of these high ranked jailbreakers and iPhone developers and answers a few related questions rising in this regard. 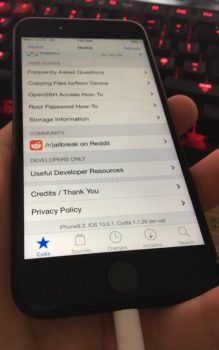 Q1:  Is someone working on public iOS 10 jailbreak?

When the site contacted with both hackers, both replied in a big “YES”. Luca Todesco, was the first one who claimed to be succeeded in jailbreaking iOS 10 on iPhone 7 and he showcased his working iOS 10 jailbreak to the world, seems more interested in relaesesing iOS 10 jailbreak to the public. He told idigitaltimes that he is keenly focused on research work for modifying Kernel Patch Protections (KPP) and more protected memory protection system Apple incorporated in iPhone 7. He promised to release a public jailbreak of iOS 10 on iPhone 7 as soon as he digs out the way to release it. Moreover, he is doing his best for finding a way to release his iOS 10 jailbreak via Safari….amazing….really appreciable.

Todesco just tells his plan for iOS 10 jailbreak on iPhone 7;

I plan on doing Safari research at some point but right now I’m all about KPP/iPhone 7 memory protections.

Besides appreciable efforts of Todesco; Pango Team, a team of hackers and iOS developers that has released many iOS jaibreaks to the public in near future, also keenly working for iOS 10 jailbreak as well.

Outside of the efforts by Todesco, it’s safe to say that Pangu team, the developers of the last several public jailbreaks, are still actively researching iOS 10 as well. Pangue showcased their working iOS 10 beta 1 jailbreak in July at Mosec 2016, a Beijing-based security conferenc. But Apple cleverly patched all those vulnerabilities used by Pangu in that demo in iOS 10 beta 2 which prompted the release of the semi-tethered iOS 9.3.3 jailbreak. Though they didn’t uttered a single word for relaesing public iOS 10 jailbreak, yet we are definitely hopeful they are working for it quietly and steadily and soon we would hear something about iOS 10 jailbreak from Pangu.

Q2: Luca Todesco has a working jailbreak why does not make it Public?

If Todesco has a working iOS 10 jailbreak and he has publicly showed it via video just 05 days after the realese of Apple’s IOS 10 firmware, why he is not releasing his jailbreak publicly. Yeah…we have to learn some tips about iOS jailbreak before going to be confused about it. Having a working jailbreak never means that it is ready to  be released as a public version, many times iOS jailbreakers demo their  jailbreak as developer-only stuff, that means an ordinary person can’t do it as only a developer has sufficient to jailbreak iOS. It is also possible that at present Todesco has a partially working or even a semi-tethered iOS 10 jailbreak, but he is not going to release it prior to find out ways for making it smoother enough or more effective way to jailbreak iOS 10.

Jay Freeman (a.ka. Saurik)  this is just like the same situation that occured when Pangu decided to release the semi-tethered iOS 9.3.3 jailbreak, comments ;

“I have no clue how long [Pangu] was sitting on that kernel bug [for iOS 9.3.3.], Freeman told iDigitalTimes. “Essentially jailbreak releases go like this: you sit around trying to find bugs until you find a full stack, and then you look at Apple’s release timing and see when it might make sense to push a public jailbreak (for example, if you are on iOS 10 beta 5, often you will wait until iOS 10 to arrive before you release your exploits) … in the case of the iOS 9.3.3 jailbreak, once it was clear that Apple had fixed the bug, and given that this bug was a rare kind of bug, they figured they might as well release. In that case, if Pangu had actually had a full jailbreak, I believe they would have released it much earlier.”

Q3: Can some new hackers or developers Jailbreak iOS 10 on iPhone 7?

Presently, no new iOS developers or jailbreakers are  known to us, still it is possible that some new software engineers and hackers come forward with their iOS 1o jailbreak to win the hearts of jailbreak community.  Even Saurik is not disappointed;

I have not seen signs of other ‘legitimate efforts,’ to jailbreak iOS 10, but that does not mean much.

Q4:  What are the major security issues regarding jailbreaking iOS 10?

Jialbreaking Apple’s iOS firmware is not a joke, it require more than your thoughts. iOS developers have to find the vulnerabilities in iOS to break security of the operating system. Thus loopholes in memory protections are found to jailbreak any iOS version.

Starting in iOS 9 on ARM 64 devices (iPhone 5S and newer) you can’t modify the kernel because there is a memory protection scheme in place that occasionally looks for changes and kills the device if it has been compromised.

To create a jailbreak, patching the kernel often plays an integral role. If the protections had worked correctly, it would have made jailbreak iOS 9 much more difficult. These protections, however, only “occasionally. Pangu had seen devices wait hours before bothering to enforce the protection.

However, Todesco says taht the iPhone 7 remedies that issue;

heheheh. This new memory protection thing is self enforcing. As in, every time CPU wakes from sleep it’s applied again.

It’s obviously more of a pain in the ass on the other hand: racing patches is no longer viable.

When Todesco was asked has he to defy the new protections in iOS 10 he didn’t answered….that hints he is still struggling to break security system incorporated in iOS 10 by Apple.

So guys stay tuned with us to know latest news about iOS jailbreaking.