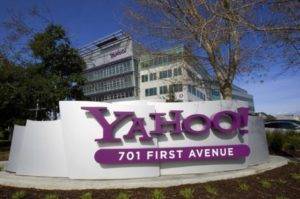 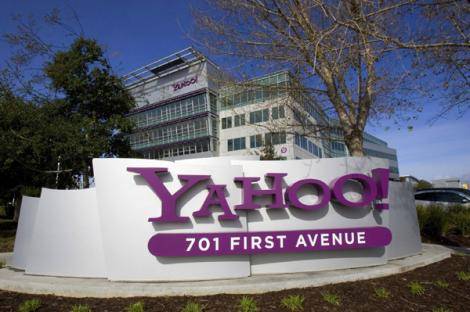 Yahoo! loses interest advertisers, say representatives of the advertising business. This could push the company to accelerate the negotiations for the sale of business. The deteriorating financial results, companies can reduce the interest in it to potential investors

While Yahoo! speculates on the possibility of its sale , advertising companies, forming the basis of its income is weakening. This was reported by Craig Atkinson, president of PHD  American division Omnicom Media Group, which places advertising for large companies worth $ 4-5 billion annually, writes The Wall Street Journal. Over the past few weeks, head of the U.S. division Yahoo! Ross Levinson, and other managers met with representatives of PHD, says Atkinson.“They said they are willing to do anything to restore the business”.

he said. But, although customers still see PHD in Yahoo! the opportunity to enter a “huge audience”, the search engine advertising platform is no longer seen by them as mandatory for budget planning, said Atkinson. In the early 2000s gave way to Google Yahoo! search engine as the lead. After that, the company continued to lose ground.According to ComScore Inc, number of minutes that American users spend viewing sites in the Yahoo! month for the past 2.5 years has decreased by 33%. In the second quarter 2011 revenue decreased by Yahoo! 23%, to $ 1.23 billion decline in revenue Experts explain this drop in market share of Internet advertising: advertisers go to competing companies. Company’s financial results have led to the resignation of CEO Carol Bartz, after which, according to sources, the board began to consider options for the sale of individual parts or the whole company. Among those who are interested in Yahoo!, investment funds Silver Lake Partners, Providence Partners, Andreessen Horowitz , the corporation is Microsoft, Chinese internet company Alibaba. In partnership with Silver Lake and the possibility of buying Alibaba Corporation and Yahoo! is considering a Russian investment fund DST Alisher Usmanov and Yuri Milner. But the acceptance of company’s decision about his future, is expected to take months. In particular, a number of potential investors need to distinguish the structure of the Asian assets of Yahoo! Alibaba, which Yahoo! owns 40% and 35% at Yahoo Japan, the company can focus on growing U.S. division.

Analysts estimate B. Riley & Co. and Stifel, Nicolaus & Co., for the Asian assets account for between one third to half the market value of Yahoo!, which now totals about $ 19 billion, “the advertising business indicators dropped Yahoo! impaired decision of the board of directors of the company to maintain its independence. This increases the chances of direct selling Yahoo!  WSJ quotes an analyst Stifel Nicolaus & Co. Jordan Rohan. But any weakening of the advertising business Yahoo! may affect the company’s attractiveness to potential investors. Its advertising business, which includes a graphical, interactive, and video advertising, generates about 40% of total revenue, Yahoo!, but for the second quarter showed growth of just 5% year on year  a sharp slow down compared with double digit growth in previous quarters. Tuesday company must make public the results for the third quarter. Analysts expect sales of online advertising Yahoo! to remain at the third quarter of last year, or grow slightly. Then the company showed growth in online advertising by 17% compared to the same period in 2009.

The overall U.S. market share of online advertising grew in 2011 by more than 20%. In order to rehabilitate the business, recently lowered the price of Yahoo! advertising by 5-15%, including the cost of advertising on the home page of Yahoo.com, and page Log in email. Traditionally, the cost of advertising on the Yahoo! home page is the highest, ranging from $ 200,000 to $ 850,000. The company also offers more flexibility for advertisers. So, before leaving the last part of the “Pirates of the Caribbean” from Disney Yahoo! made ??changes to its logo, something never before done to the advertiser. “Traditionally, Yahoo! is the company” denies “, but gradually it is transformed into a company that says” yes we can, “which encourages” – quoted by WSJ vice president of Universal McCann David Cohen.