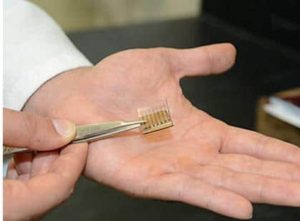 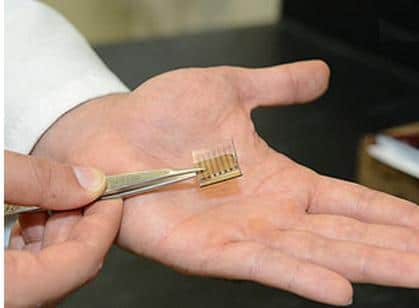 Scientists at Stanford University have developed the first solar cell entirely of carbon, providing a promising alternative to expensive materials used today. Survey results were published on 31 October 2012 in the online edition of ACS Nano inspection.

Coal has the advantage of high performance at low cost,notes lead author, Zenan Bao, professor of chemical engineering at Stanford and emphasizes that it is the first known attempt to construct a photovoltaic cell entirely of carbon

Unlike rigid silicon solar cells placed in roofs, the original thin film photovoltaic (thin-film) is made of carbon which can be coated on a plurality of surfaces (buildings, windows, cars, etc.). Technical photovoltaic coating has the advantage of low cost as no required expensive tools and machinery for installation. The experimental photovoltaic consists of a photo-active layer which absorbs solar radiation and is situated between two electrodes. In conventional photovoltaics, electrodes made of conductive metal oxide such as indium-tin (ITO) which are often rare (indium) unlike the carbon found in abundance in nature. The anode is made of graphene, a two-dimensional material consisting of mono-atomic carbon sheets.

If graphene rolled into a cylindrical shape, converted to carbon nano-tube 10,000 times thinner than a human hair. Scientists admit they have a long road ahead of them, as the biggest disadvantage of the cell that absorbs carbon is primarily near-infrared light which result its efficiency does not exceed 1%, significantly lower than solar cells currently on.

But we believe that with better materials and better processing techniques, the efficiency will increase dramatically, concludes the researcher.