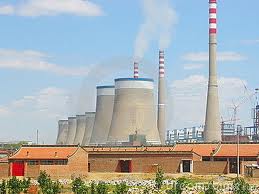 After numerous financial problems the company Fluor nevertheless decided to continue work on a compact nuclear reactor NuScale and invested $ 30 million in this project.We can predict that if this project is succeeded…the Nuclear Reactor Will be in Each Village.

Fluor Company acquired a controlling stake NuScale Power, which was on the verge of bankruptcy and could not continue to work on a promising modular reactor. Now there is every chance that the first pre-NuScale begin work until 2020.

Fluor is actively developing a small reactor power up to 300 megawatts – about one third the power of conventional reactors of large nuclear power plants . The technology of compact nuclear sources of energy has a second wind after the tragedy at the plant, Fukushima, which has infected a vast territory with radionuclides. The International Atomic Energy Agency expects a strong demand for small reactors, especially in poor countries and rural areas where there is no necessary infrastructure and needs to build a large conventional reactors. 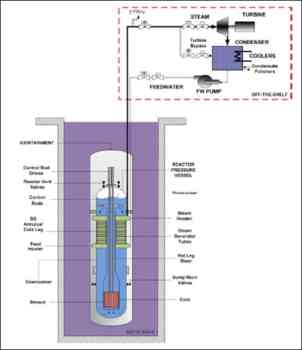 NuScale reactor has dimensions of 18×4, 3 m and requires recharging once a year

NuScale reactor design is based on technology developed by the U.S. Department of Energy and the University of Oregon.This is a pressurized water reactor low pressure, one of the most common types of reactors. To date, completed a detailed preliminary design NuScale and prepares its certification next year.

One reactor module NuScale can generate 40-45 megawatts of electricity, which is much smaller than conventional reactors with capacity of more than 1000 MW. NuScale modules can be combined into sections to produce more energy, which has certain advantages. The fact that the traditional nuclear power plants are being built for the huge economies of scale. But the large size of the structures leads to prolonged construction, and delays and cost overruns are common. NuScale built at the factory and quickly installed in the right place, which accelerates the entry into operation nuclear power plants and reduces the cost of construction.

According to the calculations of developers, the cost of modular reactor will be 4-4.5 thousand dollars per kilowatt of capacity.For large-scale nuclear power plants, these figures are 1-2.5 thousand dollars, and for the gas stations – $ 500 Due to the higher cost in terms of kilowatts, NuScale plays a major nuclear power plant, but is built more quickly and can be located in remote settlements, islands, military bases, etc.

Opponents of nuclear power plants of small reasonably argue about the dangers of getting compact reactors in the hands of terrorists and those with unstable social environment. Besides constantly improving the efficiency of solar panels, wind power and there are up to 15 MW. But, apparently, in the coming decades will compact reactors commercial operation, opening a new branch in the energy market.