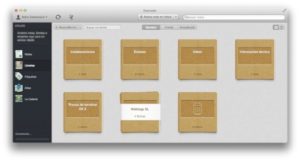 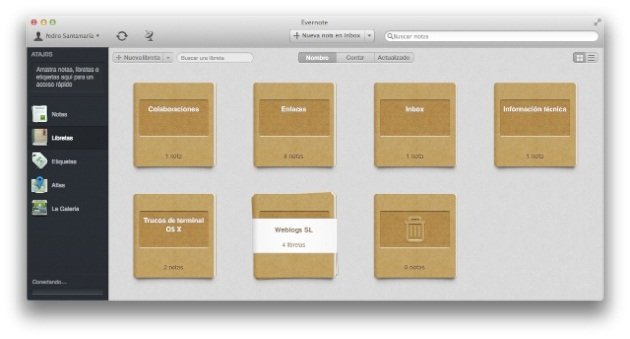 Evernote was announced and is now available the beta of Evernote in May . The new update is available but some users have known how to install it. It is a simple process, but if you have not yet found the key what you have.

If you downloaded Evernote from the App Store in the Preferences menu appears that we should mark the box to get the beta. This is because the applications from the App Store only final versions, which are uploaded to the Apple store. Therefore, if on entering Evernote preferences do not see that option you will have to download a version from internet. For example, from this link you can download a previous version of Evernote .Once downloaded, drag it to the Applications folder and replace the old one. Then start and mark the box Preferences Update to beta versions when available.

Then if we get a message automatically click on Check for updates now . The beta version of Evernote May be downloaded and installed.

A brief review of developments

There are several improvements that Evernote 5 includes over previous versions. The first thing that will catch your attention redesigning the interface. But there is more news. The beta runs as smoothly and new shortcuts or suggested searches are fine.

The improved interface is something that perhaps the purists them may not be used as it seems at first glance, to be more showy access to information will be slower. But none of that. I think that once released the final version will be a very good update.

Evernote for iOS, there will be new 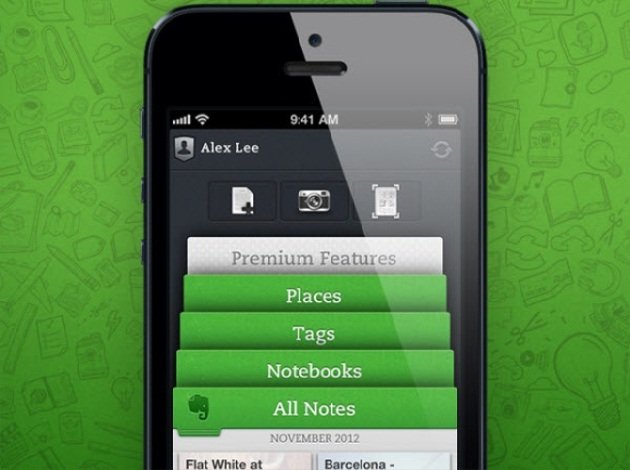 Along with the new version of OS X will also come one update for iOS version . The application for iOS will also receive a complete redesign. So that the basic options more accessible to the user, as well as simplicity in interaction.

But there will also improve performance. Expected to be much faster to take a voice memo, text or image is something quick. Because, if we have to wait several seconds for the application to start, we locate the option, enter etc … may desist and stop using it.

All of that together to iOS. Then the iPad version brings other innovations that harness the larger screen size compared to iPhone or iPod Touch.