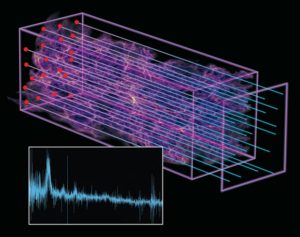 In his general theory of relativity, Albert Einstein came to the conclusion that the universe should be expanding, but the observational evidence of the time did not indicate that. Thus, half reluctantly, Einstein introduced a constant in these equations, called the cosmological constant, so that the universe would remain static. In the next decade, from 1920, began to appear the first observational evidence that the universe was not static. Observations of galaxies made by Edwin Hubble showed that all of them were active, all moving away from each other, as if they were on a balloon being inflated. 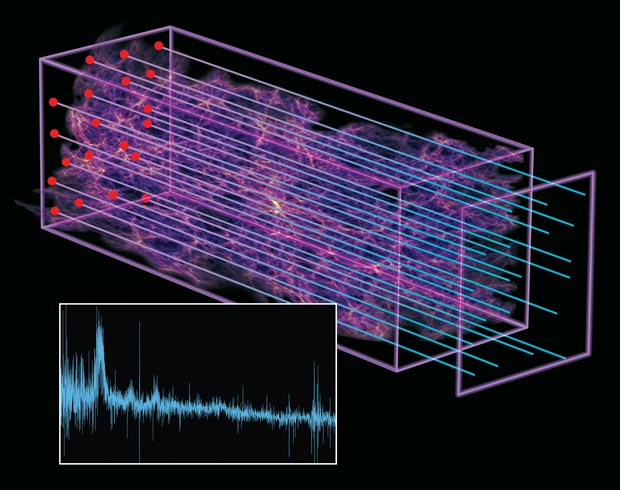 Einstein revised its equations, withdrew such constant and stated that it would have been the biggest nonsense that he had done. Since then, the interpretation of these equations – very complicated, by the way – led us to believe that the universe began with a singularity where all matter in the universe was concentrated and suddenly began a rapid expansion. This is the Big Bang. This term was coined by Fred Hoyle, a proponent of the theory of static universe, much more critical in tone than to actually clarify. This causes a lot of confusion when it comes to understanding the physics of the process. There was a big explosion, there is a center from which everything seems to go away, there was no before and there is nothing “outside” of the universe.But that’s a topic for another time.

But behold, in mid-1990, using supernovae to study the expansion of the universe, Saul Perlmutter and a team of collaborators have discovered that, in fact, the universe is expanding rapidly! A discovery so fantastic and so unexpected that earned the Nobel Prize in Physics in 2011. Until today there is no explanation for it. It was there that coined the term dark energy, which makes up 72% of the universe and no one knows what it is. Many theories try to explain this component that almost three quarters of the universe, but so far nothing very plausible. What happened was the resurrection of the cosmological constant, but now not to brake the universe, as Einstein envisioned, but to accelerate it.

From the observational point of view, an international collaboration between the U.S., Japan, Canada, Spain and Brazil just announced some results in order to better understand this strange form of energy that is accelerating the universe.

The project Spectroscopic Search for Baryons Acoustic Oscillations (Boss, its acronym in English) using the spectra of galaxies obtained by another project – SDSS – and aims to study the Universe in three distinct phases. The first phase was when he was young and severity prevailed on dark energy and the universe was slowing down. The second is intermediate in severity and kind of dark energy is balanced, and the other is newer, more evolved with the universe, when dark energy began to dominate and the universe came to be accelerated.

For information of the universe when he was still young – about 2 billion years old – the Boss team used spectra of more than 48 000 quasars, very bright cores of very distant galaxies, 11.5 billion light years . The light of quasars will be partially absorbed by clouds of gas distributed along the way. That way, you can map the position of the galaxies and clouds. The baryon acoustic oscillation is actually a periodic variation in the distribution of galaxies and intergalactic gas clouds – visible matter, or baryonic – that end up revealing also the distribution of dark matter.

With these results, the team intends to characterize the Boss when the Universe was still dominated by gravity and was slowed by it. With this, seek to understand the origin of this mysterious component of the universe, showing also the transition between a universe dominated by gravity to one dominated by dark energy, which took place about 5 or 6 billion years ago.

7 Amazing Facts About the Universe You May Not Know!