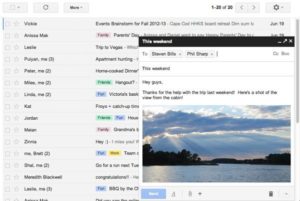 Both objectives will be pursued with one novelty: the form of message composition . If until now the composition took place on the same page that is used to read the email (both in composition in response to the email received), henceforth the composition will be turned to a sort of pop-up that the user can activate or shrink at will. Phil Sharp, Gmail product manager, explains in the presentation of news that the benefit will be based on the fact that the composition of the email can be done without ever losing sight of what’s happening in your inbox : you can either display the Inbox that seek information in other emails relevant to the message. 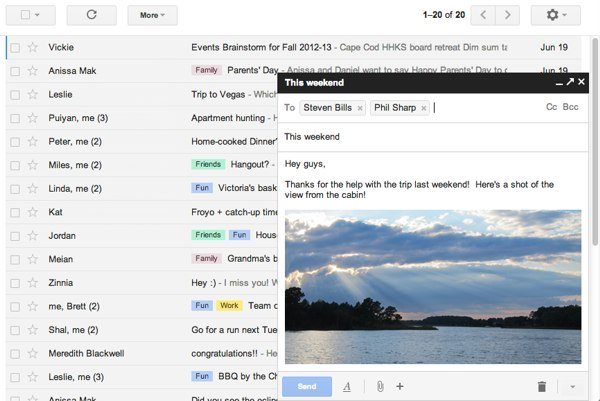 The new pop-up is entirely similar to that already introduced on the interface from time to manage the chat, but with slightly larger dimensions to accommodate greater comfort with the amount of text typical of an email. The window should also introduce some changes in the management of the graphic text in the email reply.

Google will introduce at this time a preview of Gmail interface function, but the pop-up will become what all official only after several months of testing to refine each element and ensure that the novelty actually represents an improvement of user experience. Soon, in addition, further changes will complement the work undertaken: