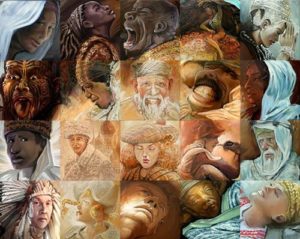 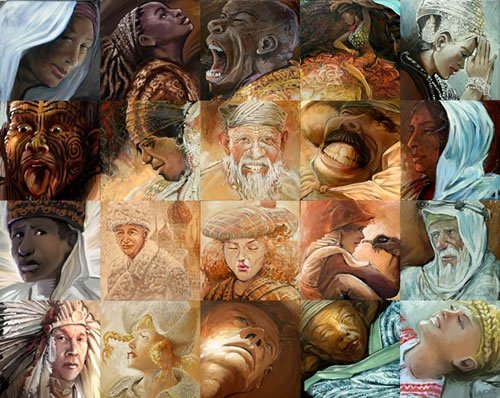 A group of physicists from the U.S. and Germany offered experimentally test the hypothesis that the world around us can be artificially created illusion. Preprint of a scientific article on the subject, published specializing in scientific subjects website arXiv.org .

The theory that the world around us can be created from a supercomputer simulation of the future, has been offered a Swedish transhumanist philosopher Nick Bostrom in 2003. This concept has been criticized by many respected philosophers, but the German and American physicists have decided to take it as a starting point.

They suggested that if the world around us is modelled supercomputers of the future, then the calculation and creation of reality must be built on the basis of quantum chromodynamics on a discrete numerical grid with very low spatial resolution.

Modern science is capable of conducting this type of modelling for areas with a diameter of a few femtometrov in 0.1 femtometra. Scientists have calculated that at the current rate of development of electronic computers that can simulate an area the size meter on with this step, there will be just over 140 years.

But short-change the universe no supercomputer can not be convinced of physics. So, in the observed physical phenomena must be open.Scientists have suggested that such a break can be fixed in the study of cosmic rays at specific energies. And what’s interesting – a break does exist.

Physicists have calculated that if the termination is due to the limited capacity of the supercomputer of the future, its spatial step should be to 11 orders of magnitude smaller than the existing models.

Overall, the researchers concluded that the present universe is the “as credible,” and in fact confirmed the probabilistic nature of the world around us.

“Bubble” in Your Neck – A Very Unique Necklace

Work Under a Virtual Blue Sky in the Office