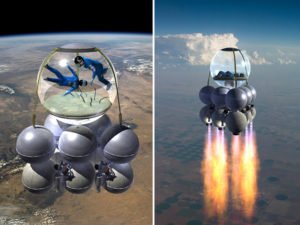 Since the beginning of the space age, many people have a dream to fly into space, experience weightlessness and see firsthand that the Earth really looks like a beautiful blue and the ball. But until recently, this feature was available only to the elite.

Virgin Galactic is the first company in the world, specializing in tourist flights into space. At the moment it was decided 450 applications for space travel (ticket cost $ 200 million), but the spacecraft still undergo a series of tests.

Virgin Galactic after several private companies also announced the creation of their own spacecraft for tourist flights. Some are in the testing phase, and others are still on paper in the form of concepts. In any case, the work on them is, and probably in the next 10-20 years we will see the active development of private space flight. 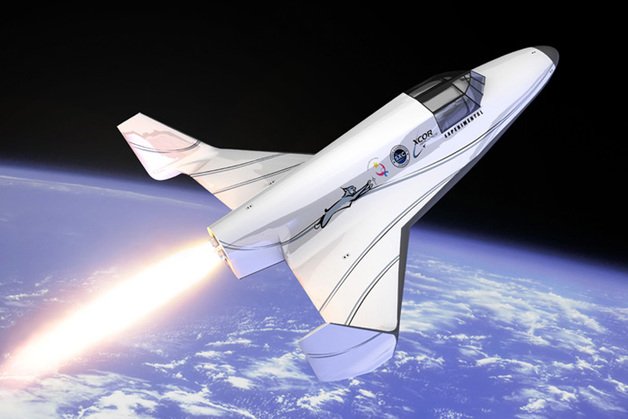 The concept of a spacecraft Lynx (born “Lynx”) is owned by XCOR Aerospace of Mojave, California. It is assumed that the ship would make private suborbital flights, carrying just the pilot and one passenger. The flight of just over two hours, and the small size and weight of the machine will use less fuel, so the price of a ticket is $ 95 thousand Management claims that the ship will be able to perform up to four flights daily. 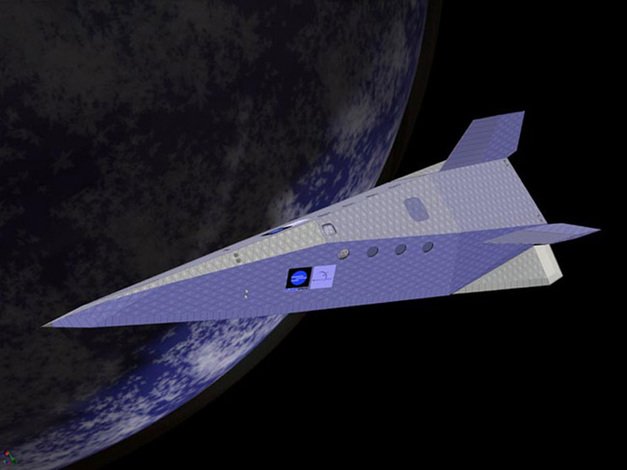 Chicago-based company PlanetSpace Inc does not tend to orbital flights, but may use suborbital Earth transit system to quickly reach anywhere. Silver Dart to disperse equipped with rocket engines, which disperse the ship to hypersonic speeds and outputs it to the boundary of space, then it starts to smooth, but rapid descent. Thus, Silver Dart can fly at a distance of 40 thousand kilometers. 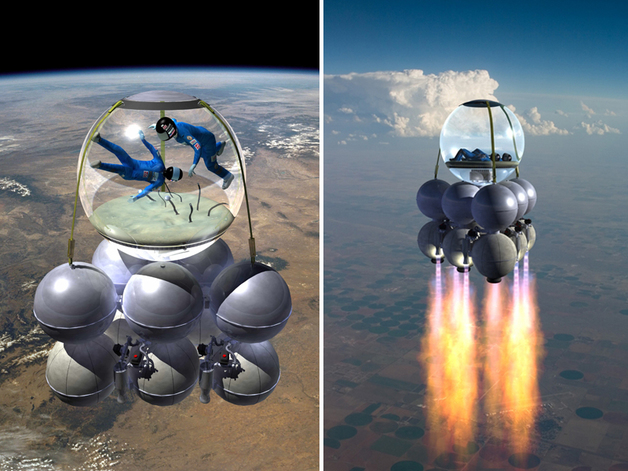 John Carmack – known programmer and owner of id Software, specializing in the development of computer games (Doom, Quake, Rage). His second mission – creating space vehicles and participate in competitions at their launch. His space project called Armadillo Aerospace. After learning about the success of Virgin Galactic, he announced the development of its own spacecraft for tourism. According to the plan, its suborbital machine Vertical Tourship able to take on two people and raise them to a height of 100 km. Travel costs of $ 102 thousand 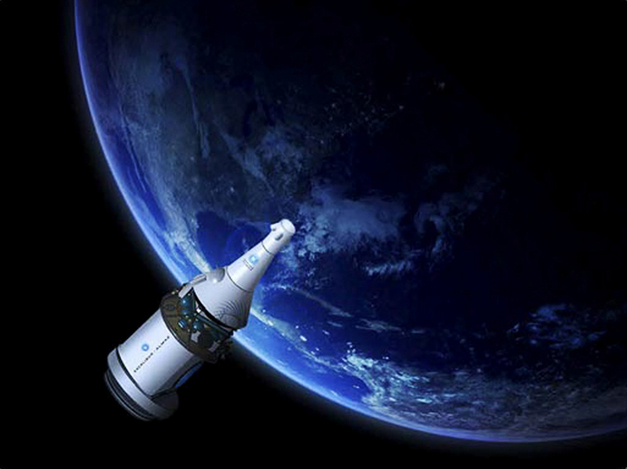 Excalibur Almaz Limited, whose headquarters is located on the Isle of Man, did not develop the machine from scratch, and bought several space shuttle of the former Soviet Union. Spacecraft used to deliver crew to the space station “Almaz” and return them to the ground. But, unfortunately, the space program has not received adequate funding, and was terminated in the early 1990s, and the spacecraft were not needed and were sold for a pittance. Excalibur Almaz plans to improve these devices, to equip them with modern equipment, and generally make them attractive vehicles for space tourism. Almaz will consist of a cone-return capsule and service module for life support in space. The crew will be commander-pilot and two passengers. 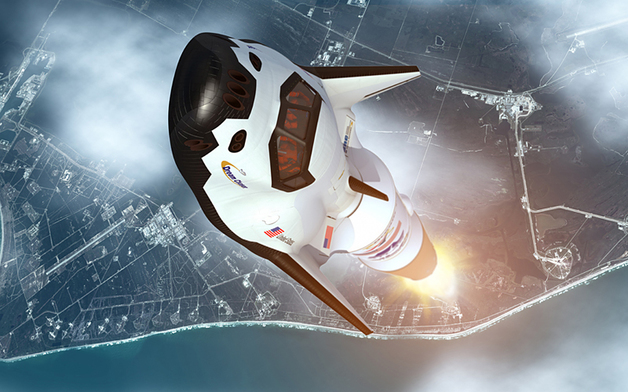 SpaceDev, which is a subsidiary of Sierra Nevada, is now actively developing a 7-passenger ship Dream Chaser, which is suitable for space tourism, as well as for regular flights. The idea is that the ship will replace the Space Shuttle. Sponsored the development of this unit itself NASA, will provide $ 20 million in February 2010.