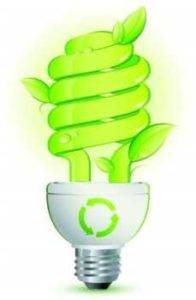 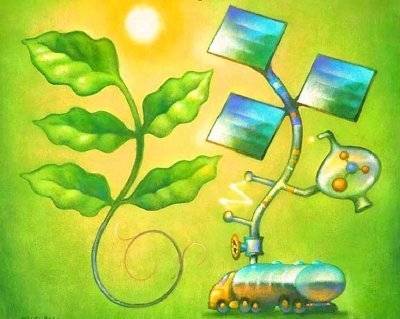 American Science and Daniel – Nocera (Daniel Nocera) 241 session recently in the annual meeting of the American Chemical Society announced its latest progress of the research team – a cheap and efficient “artificial leaves.” He said in the report: “will a gallon of water and artificial leaves placed in the sun, could provide developing countries the basic power of a family day.” This invention lead to the scientific community and even the mainstream media attention around the world – it is that is the human journey in search for alternative energy invention of a landmark, and even suggested that this small “leaves” may solve the future energy and associated environmental issues.

“Artificial leaf” is a sheet material, such as the size of playing cards, using the method is very simple: put it in water, exposed to sunlight, can effectively break down water into oxygen and hydrogen, the gas no longer be transported to a separate storage and issue of fuel cell power.

Principle: The process of electrolysis of water

To say “artificial leaves” before, let us look at the nature of the leaves is how it works. We know that plants are needed for growth through photosynthesis to obtain energy. The principle which is very complex. Simply put, the leaves have two systems: PS ? and optical systems II. PS ? responsible for the absorption of carbon dioxide to produce organic plant growth needs. Photosystem II is responsible for absorbing sunlight and split water into oxygen, both protons and electrons. In fact, 95% of the oxygen on Earth comes from this process, and generate electrons and protons will be involved in the reaction with carbon dioxide to produce organic starch and sugars for plant growth. Of course, this intermediate involves many complex biochemical reaction process, in which we are no longer described in detail.

The topic of our system is light II. In this process, the most critical and most complex, most difficult process is to split water into oxygen. Professor Nocera reports in reference to “artificial leaves”, the core is to imitate the leaves of this process – through a chemical catalytic material, the water at a certain voltage and efficient electrolysis of oxygen, while producing protons and electrons; produce protons and electrons combine to produce hydrogen to provide a clean source of energy. In this process, the power required will be the supply of silicon solar cells.

Read the above description, some people may be a bit disappointed, so-called “artificial leaves” but it was electrolysis of water, ah, this is not what we had in high school chemistry when studying the reaction you! Simply speaking, not that the use of solar power generation, water electrolysis system for hydrogen and then oxygen, then use the hydrogen and oxygen through the fuel cell to generate electricity.

In fact, the core of the invention, Professor Nocera is that they found a cheap and efficient water electrolysis electrode catalytic material, which should greatly increase the economic process, so that large-scale applications possible. In fact, on the “artificial leaf” can be traced back a decade ago, but often the use of platinum, ruthenium and other precious metals as catalytic material, but short-lived, it is difficult to further large-scale applications. And Nocera’s team is using a relatively inexpensive cobalt, nickel and other metal compounds, and phosphate as a catalytic electrode material, not only the catalytic efficiency is much higher than traditional materials, but also live longer, more stable, so that greatly reduce the cost.

We know that the solar cell has been a great development, but its biggest problem is lack of continuity – only during the day or light conditions are good circumstances it can generate electricity at night or rainy days, not only can not produce electricity, those in electricity generated during the day can not be saved.That is, if not for immediate use, will be wasted.

The “artificial leaf” is an effective solution to this problem. During the day, solar cells generate electricity by electrolysis of water into hydrogen and oxygen, as the chemical energy stored; night or rainy days, they can at any time by fuel cells will be stored chemical energy into electrical energy.

Perhaps many people will ask why we have to pass such a complicated way of storing solar power issued by it, we have a very mature cells or other means ah! In fact, did someone do that. But the problem lies in “artificial leaves” there are other methods can not match advantage.

First, the “artificial leaf” of energy storage efficiency is very high. For example, the battery’s energy density can only reach about 0.1-0.5MJ/kg, super capacitor is only about 0.01MJ/kg, while the energy density of hydrogen is as high as 140MJ/kg. Popular speaking, the same quality of hydrogen energy is stored in the battery 1400, is 14,000 times the super-capacitor. Chemical energy storage using hydrogen obvious advantage is how ah! Second, in the process, the water is only consumed, it is also aptly called “water fuel.” In fact, even the water in the subsequent discharge process will be recycled out, so this process requires only sunlight only. Mentioned here, I think readers should know: the “artificial leaf” is not a new way to get energy, the core is a highly efficient method of storing energy. 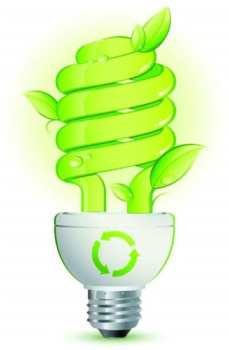 Excited for this invention, we should also be clearly aware of the so-called “artificial leaves” In fact, there is still a big limitation. First, the “artificial leaf” is not truly millions of years nature has already run all the features of the leaves, it just mimics the tree Ye Zhongguang system II in the local function.Second, it must rely on the operation of solar cells and fuel cells to complete.Again, it requires a new type of low-cost compressed air system to store the resulting hydrogen and oxygen, then used to generate electricity. Therefore, to truly large-scale application of this invention there is still a long way to go.

Even so, we can still see the invention in the broad prospects for future development. As mentioned earlier, the core of this invention will be energy efficient in the form of stored hydrogen. Therefore, the source of its power will not be limited to solar cells, it can be wind, geothermal, nuclear, and even the chemical energy of fossil fuels and so on. For example, many people visit the wind power plant will wonder why some fans are not running, not because we have too much power, but because the grid can not afford the extra power. It was reported that no place to store in the U.S. alone, last year alone, the potential loss of 25TWh of fan power. And this invention will no doubt solve this problem provide a new way.

Scientists have Created a Battery of Cockroaches