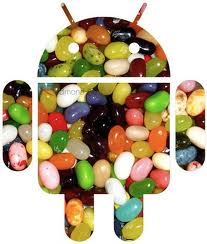 According Thisismynext, “Jelly Bean” Will be  the Next Version of Android that comes after Ice Cream Sandwich.

The name had not yet definitively confirmed, but give it much choice in the letter “J” will not work. For Jelly Bean no version number is known.

The report says Google wants to move some originally planned for Ice Cream Sandwich’s new in this next version. These were considered “some of the game changing stuff” – more accurate is not yet known. The Android version 4.0 (Ice Cream Sandwich) to appear, according to manager Eric Schmidt of Google in October or November. It will combine the previously separate versions developed for Smart phones (Android 2.x) and Tablets (Android 3.x) again.

At its developer conference, Google I / O in May, the company had united for the version including a resizable status bar promised . Google also wants to expand the camera function.