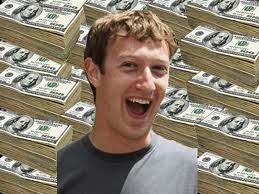 “If you’re a 26 year old golden child, who [..].This referred life-long success, it is obvious that they do not think that others have something to hide.” Is it because of the success that ‘willingly’ your privacy on Facebook  is in the hands of Zuckerberg ?

In May of 1984. year born Mark Zuckerberg. Son Edward, a dentist in his home town known as “Painless Dr. Z.” and Karen, a psychiatrist. From a child brought up in accordance with Jewish tradition. Happy family: four children, a small town. No divorce, drugs, serious illnesses or arrests for burglary at the CIA servers.

Kids play computer games while Mark is “doing it”

Instead, the lessons of the BASIC programming language, granted at the beginning of the 90s by his father, and later by a hired teacher. “A lot of kids were playing computer games. Mark was doing it” – will write later, journalist Jose Antonio Vargas. On the other hand, little Mark not sitting all day in the attic. Friends come to him and draw, and he is doing the game based on the drawings.

In high school creates a program to play music that uses artificial intelligence to propose the following tracks. Microsoft and AOL want to hire him, but “Zuck,” as friends call him, goes to college. In 2002, the prestigious Harvard chooses.

Studying psychology and computer science. In college has a reputation of “programming wunderkind.” Joins the Jewish fraternity Alpha Epsilon Pi. Since 2003 he has been associated with one woman, Priscilla Chan, a student of Sino-American origin. Apart from short breaks, and therefore there are no excesses. Before a joint trip to China, “Zuck” learn Chinese, it makes every one of the languages ??in which can read and write French, Hebrew, Latin and ancient Greek.

The full success, but boring life in which everything can be open. For Zuckerberg, who all get along great, we all seem to be the same. The first problem arises in life until college.

Mark a few days makes Facemash, maple Pepflirt site where you can assess whether the person shown in the photo is attractive (called “hot”) or not. Facemash differs from the original only in that the images are compared to Harvard students, not random people from the network. November 2, 2003 year, on Sunday evening, Facemash published in the university network. In four hours he visited 450 students, who send the address of the grapevine. On Monday morning, all the power of university servers is used to operate the service, and students can not do anything more. University authorities closed the page and cut off access to the Internet Zuckerberg.