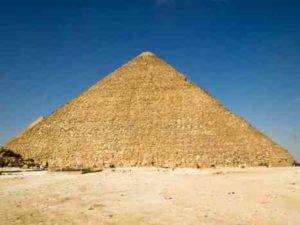 The secret doors in the heart of the Great Pyramid is likely to open for the first time in 2012, at least that seems to think a British company robot, thereby solving an ancient mystery in 1872. The Scoutek, had already begun to explore the area behind the Gates earlier this year and brought us the first images, using a robotic snake, but the exploration was interrupted by the recent turmoil in the country. 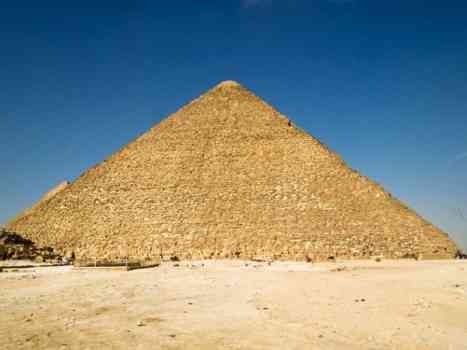 Now the manager, Shaun Whitehead, said: “I’m pretty sure that work will begin again in 2012.” The Egyptian Supreme Council of Antiquities, had stopped granting permits for research, such as the robotic exploration, Djedi However, recently began licensing again. The campaign was named Djedi, the sorcerer advisor, Cheops, who stood by the governor during the construction of the pyramid. It is a joint program founded by Dr. Ng of Hong Kong, and Scoutek the UK, in collaboration with the Supreme Council of Antiquities of Egypt, the Dassault Systemes of France and the University of Leeds. The four narrow passages, which lead deep inside the Great Pyramid 4,500 years have puzzled archaeologists since they were first found in 1872.

The passes with only 20 cm width, it is understandable that there is to be explored by humans, and many believe that the purpose of their existence was to provide output in the spirit of Pharaoh in the afterlife. The pyramid is the last of the 7 wonders of world, and believed that it was built as a tomb for Pharaoh Khufu, who ruled the Fourth Egyptian Dynasty and died in 2566 BC It had vaults, reception areas, ventilation shafts and tunnels accessible, there are three main parts: the King’s chamber, the chamber of the Queen and the Great Exhibition. The chamber of the King, has two conductors which communicate with the outside, but two tunnels by the Queen’s chamber, they are moving towards the interior of the pyramid and find two stone doors. Some experts consider that there is great potential behind these hiding a secret chamber. It is not the first time robots have been used within the pyramid to collect data on the deeper internal structure.

In 1993 a robot discovered a small door with metal pins, which constituted the first time robot had found metal inside the pyramid, sparking speculation about the usability of these pins as possible keys or handles. In 2002 a different robot succeeded and brought images from a hidden chamber, having first had pierced a stone wall. The last robot, went inside the pyramid, and this was the British company Scoutek, which is designed specifically for the study of close spaces. The door of concern even scientists, seems to be polished, precisely because the camera had evligisti robotic snake, which means that it should form a key part of the structure of the pyramid, and not just a door that is designed stop various debris to enter the entrance.

“Gel Batteries” are The Best for Users of Gadgets