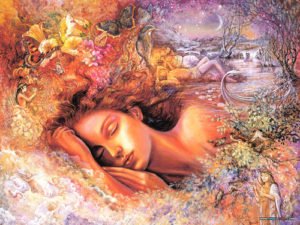 You are sleepy. Your mind is becoming vague. And then you go into sleep. In fact, sleep is a time for the body to rest, recover the damage and is one of the recharge process for us. However, not all cells in the body have a rest when we are in sleep. In some people, they go to sleep, they still see the image, their ears seem to hear the noise.The dream is the most obvious evidence tells us that the brain remains active even when we thought the whole body is resting.

Sleep itself is a phenomenon not yet been discovered, and of course, the dream – part of sleep – is also a factor that we can not understand. Why do people have dreams, others have deep stillness of sleep? Why exist dreams, why survive the nightmare rice? The years, scientists have tried to go deep into the human brain, trying to find a satisfactory explanation for this conundrum.
In this article, we will learn more about the dream and some of the research scientists in the world of dreams.Last night, your dreams like? 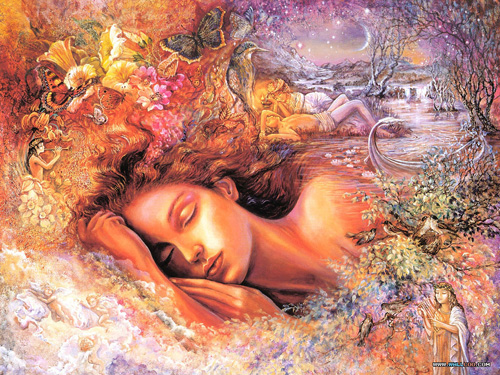 1. The impact of the dream
If you happen to have a dream about winning the lottery or have an accident, if you are willing to prepare to receive it in real life? Certainly a lot of people will nod before this answer.
Based on a study published in the Journal of Personality and Social Psychology, we learn that people not only remember and think about a simple dream. In fact, many people see dreams as precursor to what will happen in the future depending on the way out as well as the confidence of each person.
In a trial in Boston, 182 people have tried to imagine four situations: rising at an alarming rate nationwide; think about the plane crash; they have a dream about the plane crash; an aircraft that they plan book really falls. Finally, the results obtained from this group of people is a situation when they dream of a plane crashing affect their minds, making them more stress remaining three situations.
2. Nightmare is indeed a portent
The dream itself is the forecast for the future is no longer going to take a lot of time studying. However, the real nightmare is an omen for us.
Nightmares usually causes people to scream, scream, punch, spin bike, crying in his sleep even a few tens of minutes after awakening. Dreams lead to such violence is a bad sign, warning us of a false point, any damage that is happening in the mind, the brain, including Parkinson’s disease and dementia, schizophrenia.
In a study published on 07.28.2010 in the journal Neurology, researchers have shown that the early stages of the disease on the brain can be identified and occurred long before the physician or the patient himself can discover.
3. Sleep late – sleep early can affect dreams
Waking and sleep the day that a lot of people want to do and be proud that you are a “night owl”. However, your dreams will suffer a lot if you are a person who likes to work in the stillness of the night. In an article in the journal Sleep and Biological Rhythms, the scientists have shown that the “night owls” are often nightmares than those who sleep early.
Although the researchers can not understand why people waking up more often nightmares (Even if the amount of sleep per day is approximately the same), however, the numbers in statistical tables for see this. The most reasonable explanation for this phenomenon is the hormone cortison – the stress hormone – secreted significantly more in the morning, and if you’re going through a period of deep sleep is not at this point, you will likely having nightmares.
4. Dreams help the brain to solve problems
Sometimes, you have a problem, the conundrum of life and one fine morning, you woke the answer has been found in the dream.
According to psychologists at Harvard University, said Deirdre Barrett, now sunk in sleep can help us find answers to these questions in the light of the day, we can not figure out. According to her, it is illogical world of dreams is an ideal area to help our minds to work. In the dream, the mind of man is no longer restricted by any barrier again and can go beyond the limits that the day we could not walk through.
Ultimately, though in a dream, the brain still works but the sleep and dreams is a necessary condition for the brain to recharge, relax more and get us ready to solve the problem threads of life. Perhaps, at this time, when the brain still positive enough energy, humans are capable of thinking and reasoning in the best way.
5. The dream of women and men
According to psychologist Jennie Parker at the University of the West of England, men often have dreams about sex, while women often have nightmares.
The nightmare of women can be classified into three categories: scary dreams; dreams of loss of love or loved ones lost; unexplainable dreams. No more than the number of nightmares, bad dreams of women is considered to cause more bad feelings and dreams of men.
However, this does not mean that women’s dreams did not contain the “fun”. According to a 2007 study from the dream, of the 3500 women’s dream, about 8% of dreams related to sexual problems.
6. You can control your dreams
Certainly many people heard of the dream in which the dreamer can control all activities or elements occur in dreams. Provincial dreams (Lucid Dream) is something that many people want to achieve because it is the dream that we not only pay but also the test creation, in this dream world, we like powerful gods, the power.
So how can you get the provincial dreams? You can surf the web and find a lot of methods to go into a dream provinces, however, the simplest method is to train the brain for a long period of time so that we can control the world This virtual.
At a certain angle, the video game is like the dream of the province, in the game, you can play another person, control the actions of a character in the 3rd perspective, you can get right special and you can live in this virtual world. In fact, according to the study of Jayne Gackenback of Grant MacEwan University (Canada), who give many hours immersed in the virtual world of video games have the ability to control their dreams better than normal people.
As mentioned above, the game, players will have control over the 3rd character perspective, as such, it is a condition so that they can become familiar with the controls himself in a dream , when the mind seems completely separate from the body. Moreover, illogical world in the game will also help them become familiar with the virtual world of dreams. The gamer can turn their terrible nightmares became a dream action, exciting but not scary to themselves.
Spread the love