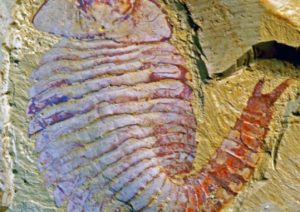 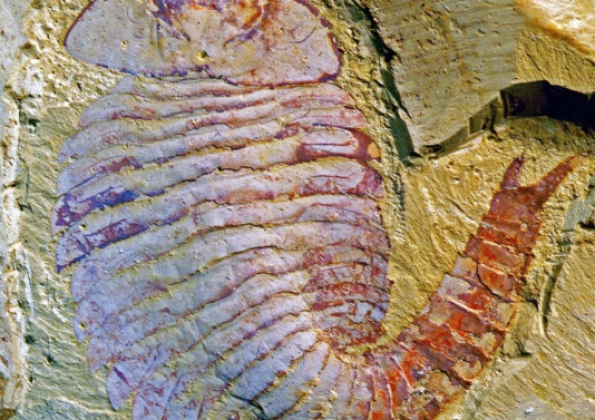 SCIENTISTS have discovered an example of the oldest ever brain in a creature that inhabited the earth 520 million years ago.

Researchers uncovered the complex organ in the fossil of an ancient three-inch long creature – a distant relative of modern spiders – proving that animals evolved far faster than previously thought.

It was found embedded in mudstones in Yunnan Province, China, which date from the Cambrian geological period when life on Earth suddenly ?“exploded” into a myriad of different forms.

Until now, it was thought that animals had not developed such complicated, “modern-style” brains until several hundred million years later.

Analysis of the brain revealed several neuropils, or specialised regions, including three involved in vision.

Experts believe that the fossilised arthropod, from a species called Fuxianhuia protensa, used its more highly functioning grey matter to help it hunt efficiently, by reacting quickly to signals from its eyes and antennae to detect prey.

The fossil brain was also found to be more developed than that of some of today’s arthropods, providing further rare insight into evolutionary changes.

Dr Xiaoya Ma, a researcher at the Natural History Museum in London who worked on the study, said: “The fossil was in unusually good condition so we were able to see that the brain was complex, with three parts.

“It is difficult to say for certain what it was used for but the fossil had compound eyes which have been preserved at an angle which shows that they could rotate like a shrimps today, for accurate vision, and structures like tiny hairs on its antennae for sensing water, temperature and the chemical composition of the surrounding environment.

“These would send lots of signals so it would need a complex brain to analyse those in order to be a successful predator.

“It is rare to find fossilised brains which are intact so it’s difficult to find evidence for when they evolved, but previous published work from Kansas in 2009 found a complex brain in the fossil of a fish dating back 300 million years, more than 200 million years later than the latest find.”

Professor Nicholas Strausfeld, from the University of Arizona in the US, co-authored the study with colleagues in London.

He said: “No-one expected such an advanced brain would have evolved so early in multicellular animals. In principle, Fuxianhuia is a very modern brain in an ancient animal.”

The findings, reported in the journal Nature, support the idea that once basic brain design had evolved, it changed little over hundreds of millions of years.

“It’s remarkable how constant the ground pattern of the nervous system has remained for probably more than 550 million years.”

However, the authors also noted that while the fossilised arthropod had three brain parts, some modern arthropods today only have two.

“It’s relatively common for animals to lose certain features as they evolve to save costs [energy], for example animals who move into caves will lose their eyes over several generations.

“It’s relatively rare in brains, however, but we do not have a lot to compare it with.”