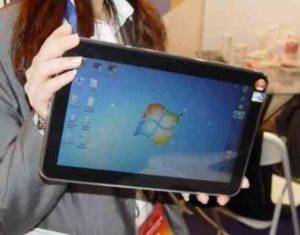 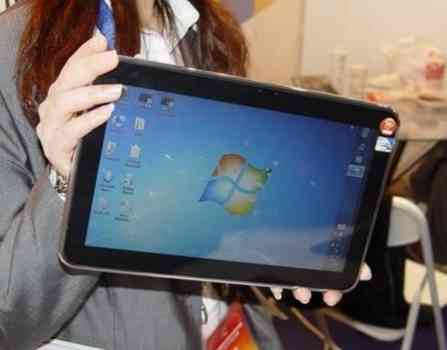 As Peter Kafka of AllThingsD reports, the study of BCG covered with a former Forrester survey . According to BCG prefer 42 percent of U.S. consumers with a Tablet Windows, IOS to 27 percent, Android is in third place with 20 percent. The Forrester survey found that there were 46 percent for Windows, 16 percent and 9 percent for IOS for Android. 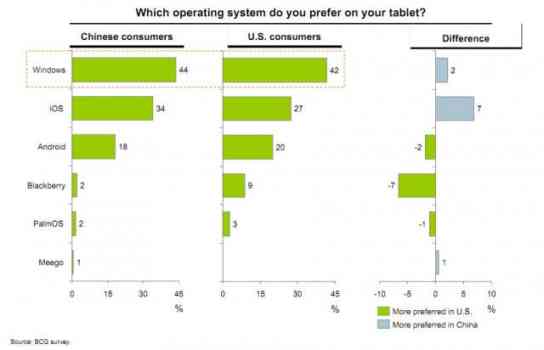 Interesting that in the study, however, is the chosen question: Which operating system do you prefer on your tablet? Thus translated: What operating system they prefer on their tablet? Not: “What operating system would you prefer on your Tablet? ” This suggests that the answers are based on something that the respondents have probably never seen or used. This in turn would coincide with the statement of the researcher, Forrester surveyed by Sarah Rotman Epps Kafka: “When we ask consumers, it is very clear that Windows is still a very popular brand.” Anyway: the numbers show, however, the study that Microsoft in the Tablet market has a good chance if she using this Windows-7-tablets like the Samsung Series 7 Slate can use however is questionable due to pricing. With Windows 8, which is optimized thanks to the Metro UI for tablets and also support ARM processors, however this could change. The price is expected here, as so often be decisive. If you had the choice – would you decide which platform you: Windows Tablet, iPad, or at a device with Android? What reasons are there for you for or against the three platforms? Discussed with us in the comments!