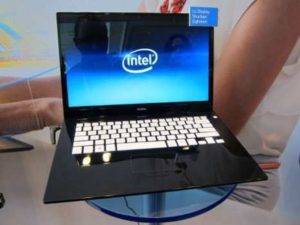 In one of the last presentations of the Intel Developer Forum LG called the detailed data of the second generation of Intel ultra Books expected. He Briefly Explain the Specifications For “Ultra-Books” with Intel`s “Ivy Bridge CPU”. 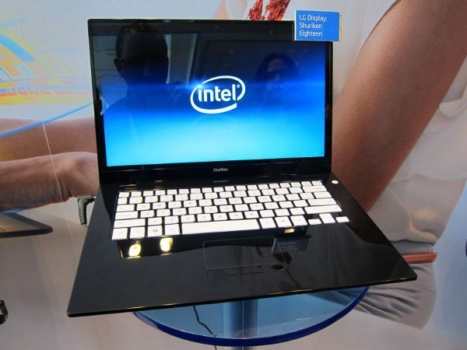 Actually LG Display is a close partner of Intel in the development of ultra-Books, especially for his “Shuriken” mentioned displays. They are very flat, can get by with a narrow frame and in 2012 it will give them even with their own memory, which complements the frame buffer of the “GPU”. These “self-refreshing display” can help save electricity because the “GPU” and display bus can often be switched off. Up to 45 minutes more battery life will bring, according to the LG.

Since the name “Ultra Book” is a trademark of the chip manufacturer.As with the more expected for 2011 Ultra Books of the first generation with Core-i-2000 (Sandy Bridge) are also available for the Ultra 2012 Books with Ivy Bridge exact CPU limitations.

The thickness of 18 to 21 mm remains, are now provided as well as convertibles, which can be utilized as a tablet. You must be 23 millimeters high. LG was no information on weight, yet are allowed a maximum of 1.4 kg. The battery life must be economical, despite the Ivy Bridge processors at least five, better be more than seven hours. If the manufacturer ausreizen the minimum value, they can save at the cost of batteries.

As well as the “Chief River,” called platform support including USB 3.0 in the chipsets, the fast interface must also be installed, WLAN and Bluetooth as well. The fast wake up from sleep ( Rapid Start ) must occur in at least seven seconds – Intel called here the previous 3 to 5 seconds. So that works out, next to the ultra Books bring at least a 20 GB of SSD as a cache for a hard drive ( Smart Response ), better yet like a large SSD.

For more security, Ivy Books Intel’s Ultra-encryption functions must support the CPU, which are enhanced with next generation processor yet. Curiously, the requirement for the operating system: Windows or Mac OS X may be. The fact that Apple, the Macbook Air as a model for the ultra applies Books, also uses this name, is more than unlikely.