Microsoft has worked to incorporate important security enhancements to Windows 8 to help keep your system secure and improve the ability RESPONSE to viruses and other malware. This makes the operating system better prepared, if we refer to safety.

Windows 8 is the first operating system from Microsoft that includes protection against viruses, spyware, trojans, rootkits and other malware from the first boot the computer with the installed system without spending a euro extra for this service.

The charge of this task is Windows Defender, which has been updated with Windows 8. This new service, and includes protection against spyware and other features that were offered in the previous Windows version, includes traditional antivirus functions . To give us an idea, Windows Defender provides a look and protection similar to Microsoft Security Essentials antivirus program, offered to all users since 2009 as an optional download.

The antivirus license purchases as McAfee or Norton , or downloading free software protection as Avast orAVG , now becomes optional, whereas in previous versions, the discharge of these products were totally necessary. We will not get to compare the level of protection offered undertakings embodied in safety with Windows Defender, but at least now everyone who uses Windows 8 will have basic security measures by default.

As I mentioned in one of my previous article , the filter SmartScreen for IE9 is now offering this protection built into Windows itself, working not only with IE, but with Firefox, Chrome or another browser.

Fast and secure from the start

Beginning with Windows 8, the system BIOS boot is replaced by UEFI (Unified Extensible Firmware Interface), a type of boot that is more secure and faster boot times that BIOS . 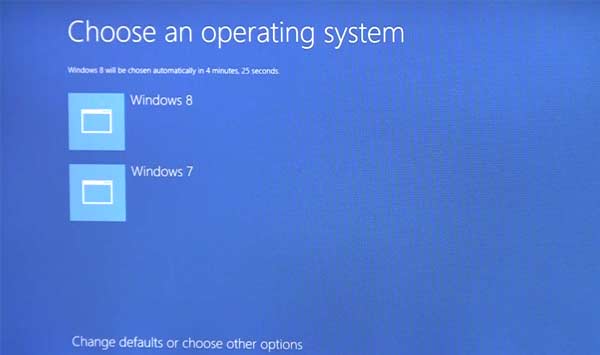 The system UEFI Secure is designed to prevent advanced malware (as bootkits and rootkits) and protects the system boot other attacks (such as load malware unauthorized operating systems). Even so, Windows 8 will run on computers with traditional ignition system BIOS , but for new Windows 8 certified equipment must incorporate the new boot with secure boot feature enabled by default. This Secure Boot, prevent booting Linux based systems or dual boot on computers with multiple operating systems.

However, ultimate control what the user has, as this option can be disabled.

In the new version of Windows will incorporate two types of passwords new; password through photography and a PIN of four digits . These passwords allow us to log our user account.

To use the password via image / photo, you have to choose one and draw three gestures in it. The combination of these gestures (circles, straight lines, clicks ..) on the image is stored and is to be used for access. 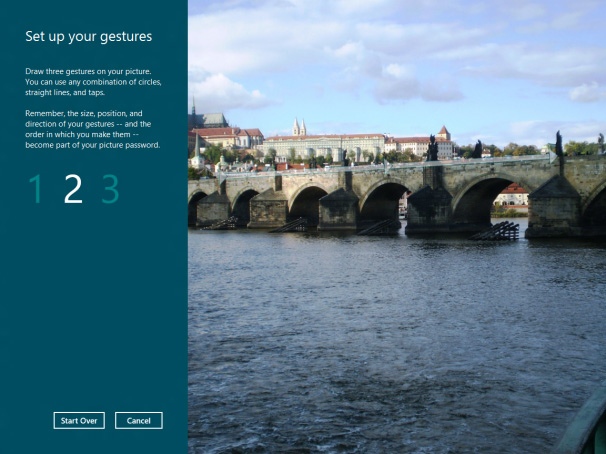 Even using such a password, you must configure a typical password. In the case of PIN , we can say that is a is a faster way to log, but less creative and fun than the previous option.

Using Windows 8 we can find any procedures requiring a password to proceed. An example would be to change the system configuration. In this case, the password used would be the traditional one.

In short, Windows Defender is included in the package, and acting SmartScreen updated throughout the system and with the inclusion of new passwords, Windows 8 seems to be the operating system that Microsoft has more security measures.

Other components such as the kernel of Windows, ASLR .. have been updated to help reduce the number of the risk of intrusion and attack.

We are talking about then, a complete and secure operating system , until experience has shown otherwise.