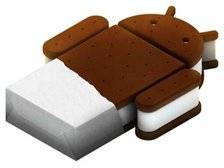 Rumor has it that while the new version of Android will see the light, the third model smartphone Google Nexus.According to available data, the device will receive the dual core processor with a clock speed of 1.2 or 1.5 GHz, 1 GB RAM , 1-megapixel front camera and the 5 – megapixel main camera with the ability to record HD video in the format of 1080p.