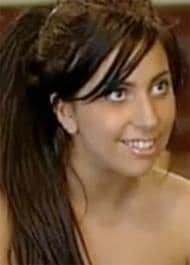 Before glamorous life  Lady Gaga was known  as “lent Stefani Germanotta”  she was the first child of her parents  she is left handed .when she was four years old she started learning piano Gaga attended the Convent of the Sacred Heart. When She Was an Ordinary Girl she feel stressed because her parents both came from lower-class families and  they  worked for everything Lady Gaga also  carried tea cups and walked on different  platforms.

She had a very unique  style in her high school too . Her tan skin  with  long brown hair and rosy cheeks increases her beauty but in high school she feels like a looser kid she said:-

I got really bullied. I had a nice group of friends, but getting  picked on in school it sticks with you for life and I don’t think I realized how deeply it affected me until I started to become more successful. 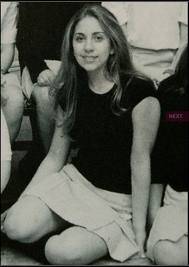 In high school she have a fresh-face with simple styling but she liked  thick eye liner and later she dyed her hair blonde because she told People “I want to be known for my own look”  she felt that her classmates are not as creative as she is  she said  “you can teach yourself if Once you learn how to think about art”.

Lady Gaga will perform a concert at the upcoming “Decade of Difference”  at 7 p.m. PT on October 15, it is a  charitable work of former President Bill Clinton.