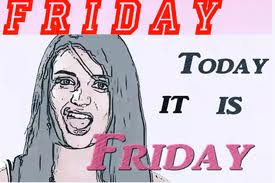 “Friday” is a song by American recording artist Rebecca Black, written and produced by Clarence Jey and Patrice Wilson. It was released as a single on March 14, 2011, by Ark Music Factory as Black’s debut single. The music video for the song became a viral hit due to criticism of the song’s lyrics, the use of Auto-Tune on Black’s vocals, and the content of the video. As of June 16, 2011, the video, which has now been removed from YouTube due to copyright claims from Black, had amassed more than 167 million views, and had over 3.1 million “dislikes” (87% of total ratings) from YouTube users. The comments on the video, which were mostly negative, were disabled in May 2011.

and here is Parody Video “Monday”

what you say which is best ?

Three Tricks to Save Time While Using iTunes 11

Apple is Launching iPhone 5 In 50 More Countries including China, South Korea and UAE

iTunes 11: Here are the 6 Functions that Apple has Removed from the New Version of the Player