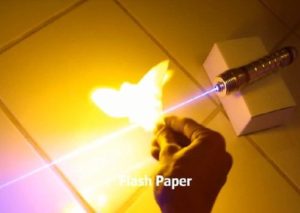 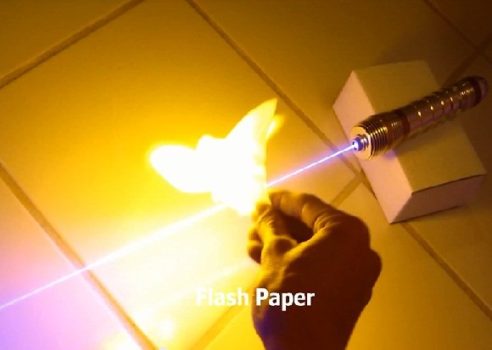 A young man from the United States has created a homemade laser beam is able to burn or pierce virtually everything in its path.

All fans of the saga Star Wars will be pleased to see that gradually lightsabers of the film franchise are becoming reality. So far this homemade laser are not thinking to end the soldiers of the Imperial Army of Star Wars, but if you burn or through materials or objects such as paper, tape, cardboard, wooden planks or ping-pong balls. If this type of gadgets home falls into the wrong hands, anyone could be seriously injured if it is pointed directly at any part of your body such as the eyes.

This home laser beam, which is legal in the United States, uses a laser diode 450nm and operates on two lithium ion batteries 18.650mAh commonly found in laptops.

This young man , need to use special glasses such as welders when he  working on  laser gun that fires bullets instead of legally in the United States a laser capable of causing enough damage to persons or low strength materials

Not the first time we see the ingenuity of a young man to create such amazing gadgetslike this. In late April we saw as a French student had developed a robot thief who was introduced into the vending machines to get free of charge all drinks or food necessary for the enjoyment of its inventor.