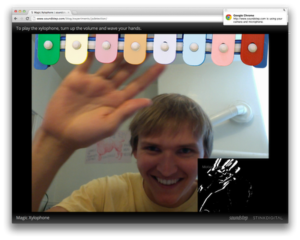 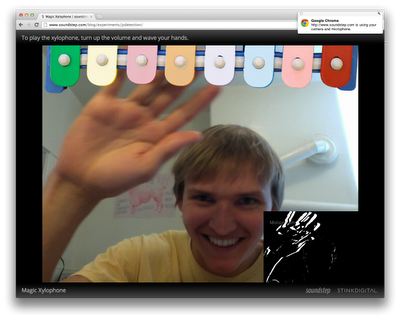 Google has released an update ( 21.0.1180.15)  for the Beta version of its Chrome browser. This allows users to directly exploit their webcam and microphone in the browser without having to go through a third-party plugin such as Flash, for example.

For this, developers should exploit the  getUserMedia API , which is currently in draft form within the W3C and retrieves just one video and audio streams without having to worry about the devices installed on the computer, or components of a smartphone, for example.

Several online demos are shown, as  Magic Xylophone  that lets you play music by moving your hands, or  Toy Webcam  that lets you apply effects in real time via Fragment Shaders WebGL.

But the purpose of Google is to allow easier use of these items through any device, directly from the browser in order to benefit over the standard communication WebRTC . He had also been a presentation at the Google I / O 2012:

The plan is also an opportunity for Google to offer a new version of Google Print , which displays your remote printers directly from the Print Wizard of Chrome.

Finally, note that the version of the Dev channel has been updated (22.0.1201.0) for Linux, Mac OS X and Windows to take advantage of a new version of the V8 JavaScript engine.