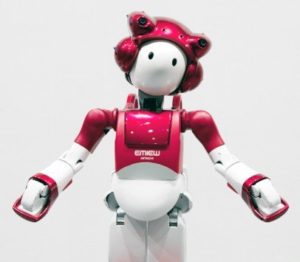 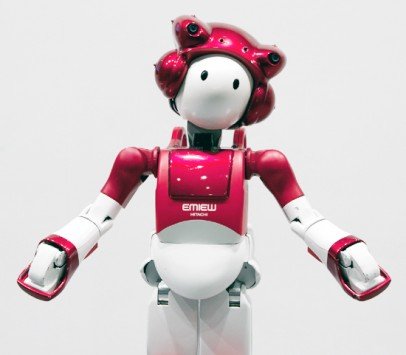 The next time you forget where you put your keys or your glasses, instead of panic or ask for help from on high St. Fanourios, you can resort to more earthly solution of the new Japanese robot built to do just this: locate lost items.

The robot, named EMIEW2, according to Reuters, manufactured by Japanese company Hitachi, headed by designer Takashi Soumiosi and is a previous transformation of the same robot that appeared in 2005. weighs only 14 pounds, a size six year old child and moves quickly thanks to custom wheels beneath his feet, which folds out if needed for easier transportation. It has a white face and two black eyes, looking constantly research the space around him. Thanks to advanced artificial intelligence, is able to recognize objects and faces as long as at some point in his past have shown even once. When she discovers a lost object, the robot uses two cameras to head to compare what see (shape, color, etc.) with the images stored in its database. Indeed, they are able to connect with the internet and downloaded”” images of various objects in order to enrich the data base. When the robot finds the missing thing (or humans), leads the” boss” in order to show him what she found. Because even connected to the cameras located on the premises of a building is able to notify the finding of even remotely.

Here Is The Video:-

As shown by the demonstration of, for example if the robot asked” where is such and such clock?” answers” that is on his desk k.Tanaka will lead you there immediately,” thing to do, moving an average speed of six kilometers per hour, or about as much as a man walking at a fast pace. The developers have not announced yet when the new robot will go on sale, but clearly intended as a domestic helper especially for older homes, for hospitals, nursing homes and even tourist attractions.