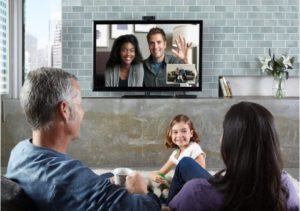 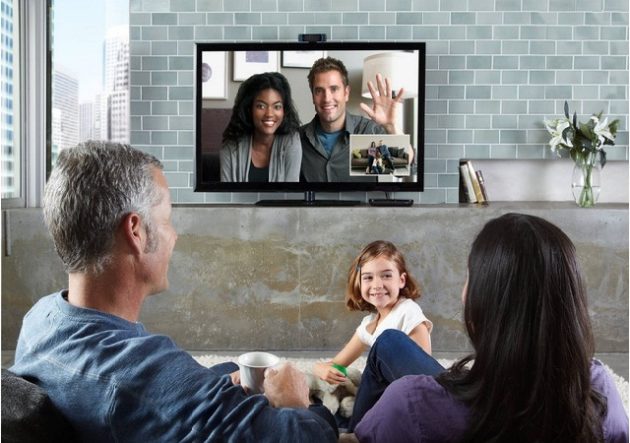 Video Chat via Televisionwill be an Amazing experience for the large Families. Skype, Apple’s FaceTime and Google Talk offer video telephony for everybody. Yet they usually run on devices with relatively small screen – smartphones, tablets or laptops. When it comes to major TV manufacturers such as Samsung, the presence of video captured but soon even the TV.

Thus, similar to the technique for home slowly for the professional video conferencing systems, Technology Review reported in the current issue 1/2013. Corresponding hardware is already available. Owners of so-called smart TVs, so television with Internet access can be retrofitted skype enabled cameras. It’s not expensive. Samsung sold for less than 100 euros a matching his TVs D6500 and D8090 model. Plugged on the TV, the camera transmits images in a simple HD resolution (720p). Four microphones are designed to ensure a trouble-free sound transmission, and an app on the TV, the user can directly contact their Skype contacts connection – assuming the TV is connected to the Internet via cable or wireless.

A wide angle lens also brings several family members in the picture. But it also goes without Smart TV. Logitech has. With the “TV Cam HD” for 200 euros a solution on offer, which will work with any TV The device must only have an HDMI port, which today have almost all models. For good image quality, however, should have a DSL connection with a minimum of 16 megabits upstream and downstream around 1 megabit available.

Please  share your experience of Video Chat via Television