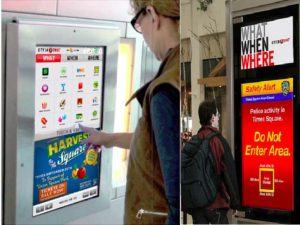 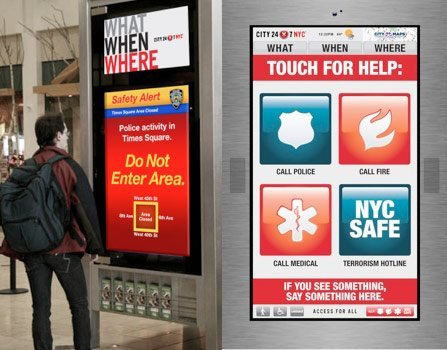 Telephone booths with the latest technology revealed today in New York. The new public phones have “smart” touch-screen  while providing a variety of information to users, such as for roads and information for severe weather. They are placed in areas where until now there were the traditional booths, while expected to install about 250 such devices in the city.

Within two months they have installed all the devices according to the City 24/7 has undertaken the project in collaboration with Cisco. Nevertheless the new phones do not generate profits through the coins threw one to call but through advertisements. Even through these devices provide streamlined discount coupons from stores located near the chamber. 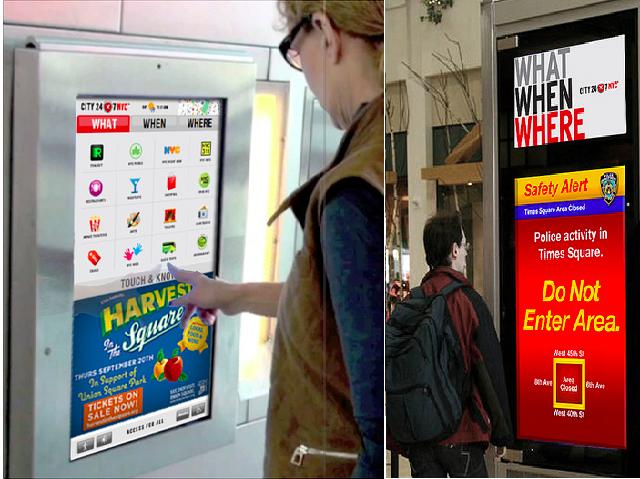 This essentially means that the passers-by who will want to know how to get to the nearest metro station, you can press the button and the display ” Specials ” where you find coupons for nearby stores and restaurants.Information and each coupon code can be stored on your mobile phone.

Phone Look Through Walls and Clothing