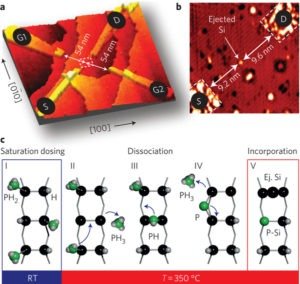 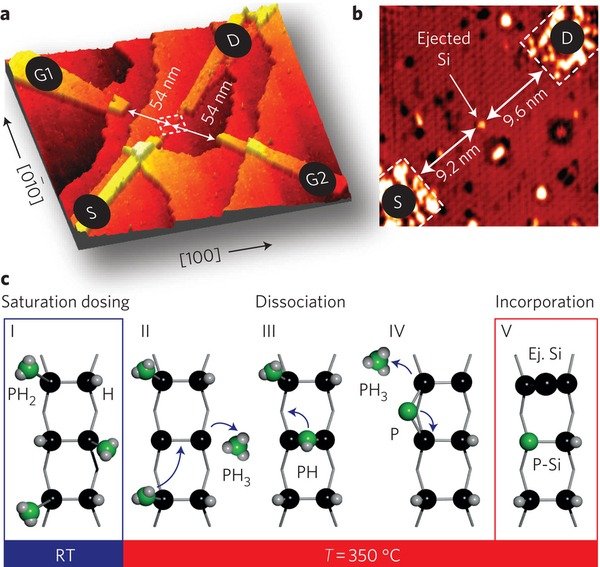 While it is now so serious industrial processors to a fineness of 22 nm, it is well known that the quantum barrier is no longer so far away and it will completely revolutionize the way processors are manufactured by under age 20.

In the race for the novelty, scientists have managed a feat, making a transistor composed of a single atom .

It is a phosphorus atom which has been used. The feat is especially how it was transformed into a transistor. For this, it took successfully place between two electrodes etched on silicon (it is still there) with an accuracy of about 10 nm. The feat was achieved using a scanning tunneling microscope, which moves the atoms in an environment where a high vacuum has been achieved. Once connected, this could become an atom transistor, blocking or letting the choice the flow of electrons.

It is of course still very far from practical use, but it opens up exciting new possibilities.