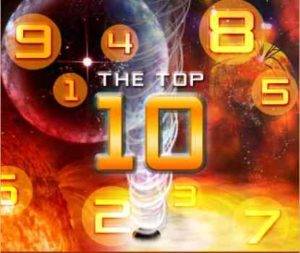 Over the past ten years, mankind has created a lot of interesting technical solutions, which we have before and could not imagine , how do you think will develop technologies in the coming decade? 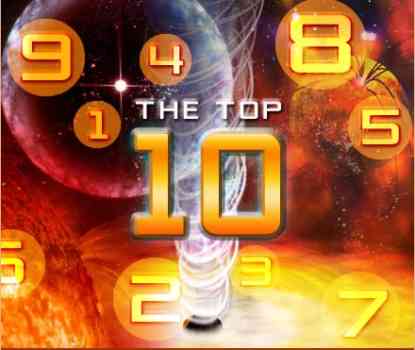 On the most important trends in the sphere of technical innovations that will change the world in the next ten years, told the chief futurist Dave Evans, Cisco at Cisco Live Conference 2011.

Dave Evans – is the chief technology experts in the consulting division of Cisco Internet Business Solutions Group (IBSG) and its projections gladly publish such editions as the newspaper “Financial Times” and the magazine “Forbes”.

In 2010, the first time in history for every person on the planet has more than one account with an Internet connection device. The total number of Internet-connected devices was 12.5 billion units.

Cisco IBSG predicts that by 2020 the number of Internet-enabled devices will reach 50 billion, or six on each inhabitant of the earth.

About 5 exabytes of unique information was created in 2008.This information can fit on a 1 billion DVD discs

It is planned that in 2011 created 1.2 zettabyte information.Such a huge amount of information due to the insatiable craving for media people, especially for video. With the advent of services such as Youtube and video in high resolution FullHD, rapidly increased the total amount of generated information.

By 2015, more than 90% of the data in the “World Wide Web” will fall on the video, which will create an enormous burden on the network.

Already, cloud services have been widely used around the world, because their benefits were quickly appreciated and now they are open to all Internet users. The average annual growth of the global income of cloud services will be 20%, while spending on innovation and cloud computing by 2014 may reach $ 1 trillion.
Dave Evans says that by 2020 one third of all the information will be stored on servers in the cloud.

According to Evans, in 2020 the speed of Internet connections will increase to 3 million times, which will cope with a huge load to meet the growing demand of users.

By 2020, the collection and dissemination of any information will occur in real time. Each owner will be able to take the smartphone events in real time and transmit them to all who want to watch.

All this will be feasible because of three things: the mobile Internet, Web TV and the generation of content anywhere, anytime.

5. The solution of energy problems The problem of cheap energy can be completely solved, thanks to the active development of alternative power plants.

Alone solar power are able to meet today’s demand for energy in the world – enough to build 25 solar super Electricity area of  100 square kilometers each.

Soon, solar cells will be mass produced, thanks to modern technology of production of solar cells using inkjet printers, designed this year by researchers at the University of Oregon.

4. Human-Computer is still humanity adapt to technology. In the future, on the contrary, technology will adapt to us. Already, machine vision camera allows you to remove your smartphone Sudoku puzzle and solve it instantly.

2020 is likely to be created interface “human brain-machine”, which allow people with spinal cord injuries to live a full life.

3. Adaptive production By 2020, may be actively developed technology of 3D printing, production or adaptive, which allows to create objects of any kind from any material. And there is not far off the possibility of “printing” human organs – such technology could save millions of lives.

Already, this technology is used to “print” various items, from toys to cars and living structures.

2. Cyborgs flood the planet Robotics is developing fast pace and by 2020, robots will become perfect people on physical ability.

1. The victory over the aging According to one of the most influential and well-known theoretical physicists of our time, Stephen Hawking, humanity is entering an era of self-determination of its own evolution.

If it seems you something fantastic, then, for example, we present a few facts: in 2009, was invented by an artificial hand with tactile sensations, in 2010, was restored sight to a blind person using retinal implants, and in the same year, was designed “spinning heart “with no pulse, blood clots and damage.

So it is quite likely that by the year 2020 will develop technologies that will defeat the aging person.