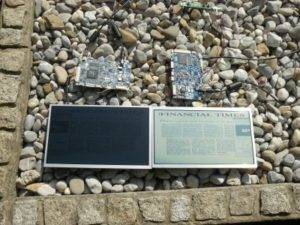 It recently introduced the Wireless Power Consortium final version of the standard Qi, which involves the creation of a single wireless “charger” for mobile equipment. 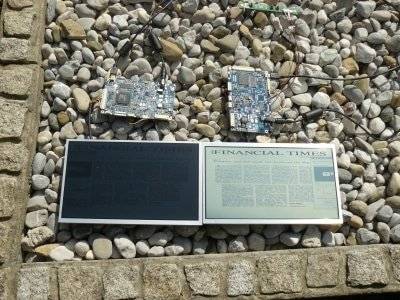 This means that any device such as mobile phone, which will be certified Qi, will be charged on your wireless pad, which must also satisfy the requirements of this standard.

In the present specification includes power unit with not more than 5 watts, but in future this standard will be included and more powerful devices – laptops, netbooks, and others.

It is expected that the emergence of the new standard will greatly facilitate the lives of producers of batteries and developers of technology – after certification can not worry about the compatibility of different devices with the appropriate chargers.

WBE is a wireless version of the PCI Express slots and allows you to connect a variety of components – from hard drives to video cards, and the WDE and WSE – this adaptation of the protocols, which provide for connection to the widespread support WiGig wiring, including DisplayPort, HDMI, PCI Express and USB.

The new radio technology developed to transfer data at speeds up to 7 gigabits per second, but now achieved figures 3.5-4.5 Gb / sec.

With regard to the Wireless Serial Extension (WSE), then a high-speed serial communications port, which is a wireless version of USB 3.0.

Wireless Display Extension (WDE) – a system for wireless displays, which includes technologies such as WiFi Direct devices. In addition, it can work with the ports of DisplayPort and HDMI, which will in future make computers and other consumer electronics wirelessly.

For example, you can wirelessly connect to each other TVs and Blu-ray players, media players and other devices within the apartment or house – the fact that one of the features WiGig is working exclusively within the same premises – an oscillation frequency (radio in the range of 60 GHz) do not pass through walls.

It is expected that the WiGig technology will replace Wi-Fi 802.11ac, which now involves transmission of data at speeds up to 1 Gbit / s in the 5 GHz band.

According to the company’s developer, the first device based on new technology may appear to the middle of next year, and the boom of such devices should be expected on the market in 2013.