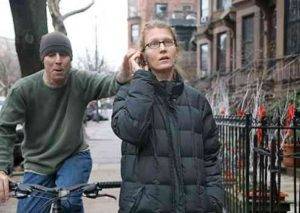 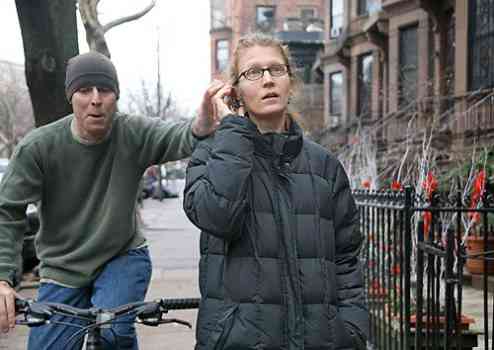 Recover a stolen iPhone is often a difficult task, but when Apple put a hand on everything could turn into a joke. This is what happened to Scott Barkley , a Canadian user who found himself facing nothing short of remarkable behavior of Cupertino in an attempt to find an iPhone 4S lost.

Have been perhaps the fumes of alcohol or the carefree atmosphere of an evening with friends.The young man from Toronto a few nights ago forgot his coat unattended in a pub. And, as expected, the attacker does not miss the opportunity to remove the iPhone 4S from the pockets and then disappear in a completely undisturbed. After noticing the theft, Barkley was first called the police and then to the Apple customer service, asking them to remotely lock the iPhone. A last-ditch effort, regarded as the boy apparently had not installed the Find My iPhone , and not even turned on location services.

Taking advantage of the distraction of the thief who had left active 3G connection of the device, Apple’s engineers are able to lock the device , making it effectively unusable. But although the technology has helped to limit the damage caused by the misappropriation of the smartphone, is human error to take over.

The unwary attacker after finding himself with a 4S iPhone unusable naively decides to make an appointment with the Genius Bar of the ‘ Apple Store in Toronto. Barkley, received confirmation on email box, then discovers the secret and warns workers of the store in Cupertino, informing them that he alerted the police , ready to appear in civilian clothes at the appointed time to catch the criminal red-handed lot.

The thief , however, is to ‘ Apple Store with half an hour in advance and perhaps guilty of a lack of communication within the store, can not only get away with it, but also to draw a good profit. After the first questions of ritual the attacker convinces the Genius Bar to have received the gift from a relative in the end of Barkley but to be very disappointed at the failure of the same.

The assistant, without a word, then provides a free replacement to the iPhone in question with a new iPhone 4S brand. The police arrived, and again thief in the crowd, the store branded Apple realizes the error and received delivery of the device to the authorities, who promptly notify the rightful owner of the discovery dell’iDevice.

Questioned on the issue, Apple would have just explained how the company policy prohibiting its employees to take care of these situations because the eventual confrontation with a criminal could threaten the safety of Apple workers themselves plus customers and products on display. For this reason, it seems that no action will be taken against the indentation made the Apple Store, a fact that in contrast with the layoffs far easier Cupertino which is often featured on the news pages of many newspapers worldwide.

Ultimately, a user could find an iPhone 4S on which they had lost hope and a thief of the city has received as a prize a device for more than $ 600 . It is not known if Apple has made in the meantime the search for the criminal taking advantage of location services, but the fact remains that to be house robbers in Cupertino seem anything but unfavorable.

Source: The Next Web