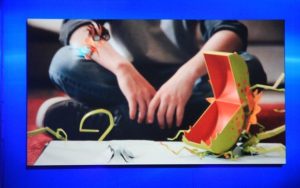 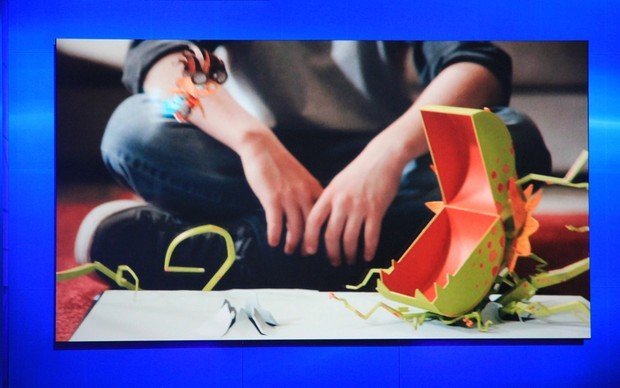 Much of the conference from Sony at E3 2012 , held June 4 in Los Angeles, USA, was dedicated to the proclamation and demonstration of a new peripheral: the Wonderbook . This is a book that uses augmented reality to bring interactive educational stories.

The British author JK Rowling, creator of the million dollar Harry Potter franchise, created the first book in the series, called Book of Spells. It is a kind of manual of magic that uses the new device in conjunction with the PlayStation Move, which acts as a wand.

Andrew House, CEO and president of Sony , presented with great enthusiasm the new accessory. In practice, he has a book format to display animated scenes that “jump” out of Wonderbook , coming to life to tell stories. All this uses augmented reality to work, so it comes together with the PlayStation Eye webcam for PS3.

During the demonstration, a dragon escapes and sets fire to the books. You can shake to extinguish the fire or move your hand to take the ashes. Despite the good graphics, the low resolution of the PS Eye continued outstanding during the presentation.

According to Andrew House, several developers are already working to provide educational content to the news. One of the upcoming titles will be Nightrcrawler Diggs , inspired by film noir style. The Wonderbookwill be released later this year between the holidays of Thanksgiving and Christmas in the U.S..