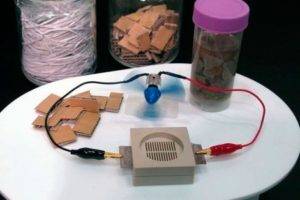 The Japanese electronics giant, Sony has shown a curious invention Consists in generating electricity from shredded paper , which mixed with sugar can be used as fuel in the future. 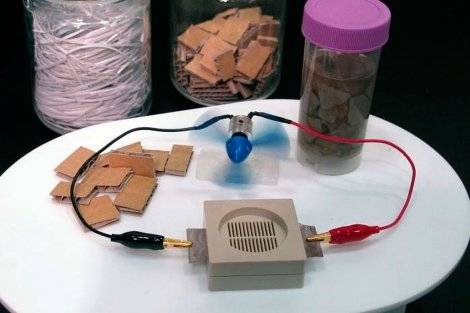 This time Sony unveiled a project directly related to new ways to generate energy . Sony laboratories working in the generation of electricity from pieces of shredded paper and cardboard.

Sony showed this new discovery in the Eco-Products Fair held in Tokyo last week. If this bill reaches the market could allow users to upload their mobile devices using waste material.

The team behind the project said that the bio-batteries are “Environmentally Friendly“, they do not use harmful chemicals or metals.

It works by using the enzyme cellulase, which breaks down the materials to form glucose . These are combined with oxygen and enzymes, which causes the material to become electrons and hydrogen ions . Electrons are used by the battery to generate electricity.

Researchers involved in the project was inspired by the mechanism that is used by white ants and termites to digest wood and turn it into energy .

It is not the first time Sony has this kind of progress and ecological experiments. His work is based on a previous project in which you usefruit juice to power a Walkman music player .