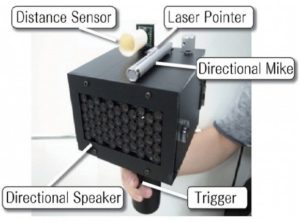 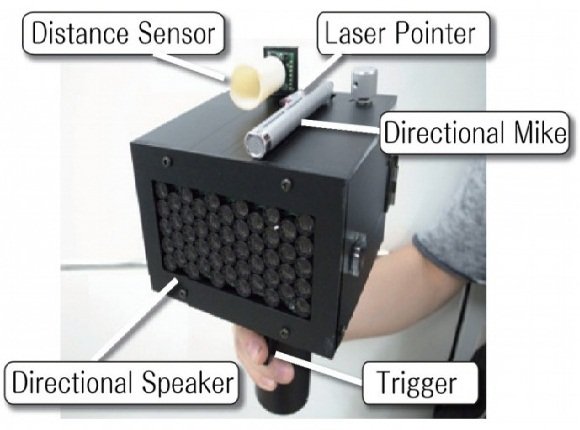 Sure most of those who enter this blog has knowledge of sci-fi weapons of all kinds, but the product developed by Japanese scientists do not belong to a fantasy world. This is a gun that can decrease the ability to speak to people who are closer than 30 meters. 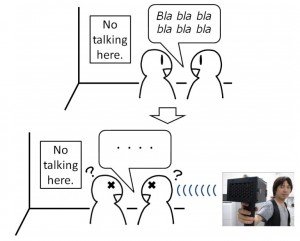 The device presented operates very simple and can be recreated in a home. It consists of a directional microphone pointing in the same sense that a number of speakers who are also directional. With these pieces of hardware basic make your own audio and before you forward it by adding a delay of 0.2 seconds. In this way one will listen with a small delay , hindering the ability to generate meaningful sentences and gestures the words properly. The technique has no physical impact causing more damage to the frustration generated by the inability to communicate in what doctors called Delayed Auditory Feedback . The concept has existed for much, in fact there are different applications for desktop computers that allow testerlo (no guns for now) and even an iPhone app , how are you technical variants have been used in many therapies to improve diction.

As described the weapon effectively preclude the construction of coherent sentences but can not do anything screams or sounds of the audience that need attention. As presented, the use of this tool is designed to remain silent in public places like libraries or hospitals but will also use it to organize discussions usually go up in temperature due to the imposition of a word over another. They hope that using this tool to facilitate the resolution of conflicts by force to take turns to speak, without trying it encouraged me to ensure that achieve this last point will be the hardest.

I , in my Understanding  (Sorry to Inventor) Called  it “Shut-Up Gun”. Is it Right Alternate Name ? In Future Teachers can better use this gun to Make Naughty Students Silent.