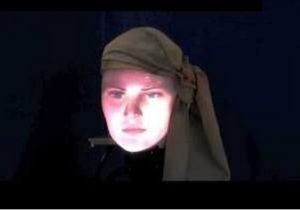 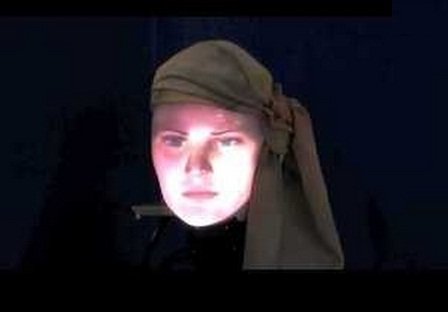 Scientists from Germany and Japan teamed up to create a robot with a humanlike face.At the moment, they are limited to only one head, which displays an image on the face.The robot is called Mask-bot.

To create a human face Specialists Technical University of Munich, together with their Japanese colleagues used so-called “rear projection”, through which the front of the head served a three-dimensional picture person. By the principle of this method is reminiscent of the mask.

Mask-bot plays, that is, pronounces the text that the operator is gaining on the keyboard, in addition, the machine supports voice control, which allows her to repeat what was said by man. Moreover, it is “meaningful,” the repetition of the robot not only reproduces the sound, your voice and recognizes the fact that the person is saying and repeat it exactly as the text, rather than a set of sounds. In the world of robotics researchers have tried various similar projects to create, but the first computer mask looks so realistic. It can be viewed from any angle, and the mask would be plausible, recalling the video than computer animation.

In order to realistically face looked like in statics and dynamics, Dr.Takaaki Kuratate has developed its own technology mimicry – “a platform for animated talking head.” Its principle is that the computer displays a sequence of images of the human person, made at the time of the conversation. Articulation of the model is based on phonemes, that is, sounds that make up each word.

Scientists believe that this technology will serve as the basis for future robots – robots will become more similar to humans. In the short term, technology will allow you to create animated avatars for video conferencing participants. In addition, Dr. Kuratate believes that, based on this system you can create electronic companions for lonely elderly people. However, as noted by journalists publication The Register, yet in the movements of a person still feels kind of unnatural, leading to the “ominous” tone facial expressions in terms of human perception.