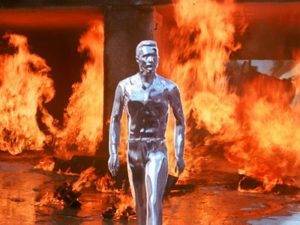 Scientists from the University of Illinois are working on technology that will produce self-healing integrated chips. The technology is the use of “smart” liquid metals, which allow you to restore almost immediately – a similar method was demonstrated almost 20 years ago as an example a robot T-1000 from the blockbuster “Terminator 2”. 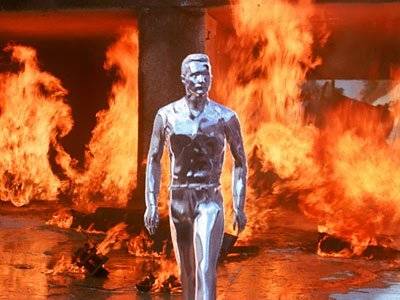 When a conventional integrated circuit boards is a malfunction of any component, including due to mechanical damage, to restore its performance is often not possible. This means that the motherboard has completely disposed of, because its recovery even if the practical ability to cost about as much as there is a new component. The problem is compounded when it comes to nanotechnology and microelectronics – intervention in the structure of these cards is possible only if the industrial equipment. In the development of military and aerospace electronics used several different methods – duplication of nodes in the event of unforeseen disruptions or damage. This, in turn, greatly increases its price.

Scientists have proposed an alternative to the University of Illinois have developed a mechanism for “self-healing chips” that works almost instantly, that is a matter of seconds.Built on this architecture, electronics will work on almost without interruption – the user will not know about any problems, since they will be dealt with independently.

The basis of the new technology polymer microcapsules formed with only 10 microns in diameter. On laboratory tests, researchers have built a golden linear chain, and when the chain for some reason interrupted, mikrokapusly open, releasing them placed in the liquid metal. The liquid metal fast fills gaps in the chain, and an electric current is restored.According to the developers, to restore the damaged area with a 90-percent success takes a few microseconds. The system self-discovers all the weaknesses in the chain, including invisible to the eye. Thus, modern science is really close to the development of systems like the terminator T-1000 liquid metal – the creation of James Cameron was in some way prophetic.