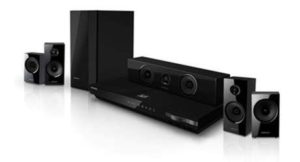 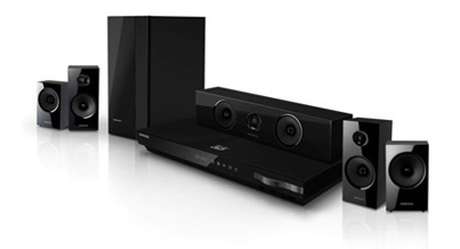 According to the developers, the novelty, though equipped with six speakers, but is able to create the effect of a 7.1-channel sound by a progressive algorithm that analyzes the sound in the two rear speakers, adding two additional virtual channel. In addition, the model implemented proprietary technology Samsung 3D Sound, synchronizing sound with three-dimensional image and creates the effect of vertical surround the viewer when viewing the 3D-film could feel in the thick of things.

Another technology called BD Wise Plus automatically adjusts the operation is connected to your home theater Samsung TV and optimizes the image for each video.

Another technology to Samsung, called the Crystal Amp Plus, provides clear digital sound reproduction, while protecting the speakers and participants from potentially unsafe volume level jumps.

It is worth noting that the two available slots in the arsenal of HDMI 1.4a can easily connect to a system receiver or game console to get access to the content on any of the three devices. According to the creators of such a decision makes their product one of the most versatile home theater system.

About the price of the product and the timing of the start of its massive sales so far no information is available.